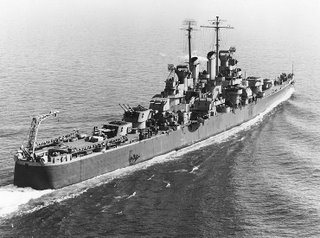 Join Birmingham historian Jim Noles September 13 at noon in Central's Arrington Auditorium to learn about the ship called Birmingham. Known as one of the Second World War's unluckiest ships, the cruiser Birmingham fought gallantly in the Pacific while surviving a torpedo attack, a direct hit by a Japanese kamikaze plane in which 51 crew members were killed, and an explosion that took the lives of 237 men. "A Ship Called Birmingham: The USS Birmingham in World War II" program is a part of BPL's Brown Bag Lunch Series.
By Melinda Shelton