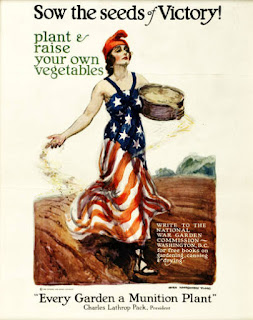 Spring has arrived, and people have started to plant flowers and gardens. One hundred years ago this month, the citizens of Birmingham were planting gardens for a very different reason as the world was engulfed in World War I. There were severe food shortages in Europe as farmers left to serve in the military, and fertile ground had been turned into battlefields.

To solve this problem, Charles Lathop Pack organized the National War Garden Commission for the purpose of encouraging Americans to plant and harvest their own fruits and vegetables. Any idle land including school and company grounds, parks, backyards, or vacant lots could be converted for agricultural production, which would generate surplus food that in turn could then be exported to Europe. The National War Garden Commission formed in March 1917, and the United States entered the war in April 1917.

Birmingham citizens rushed to do their part by planting "victory gardens," and the Birmingham News led the effort with its Plant a Garden campaign as people signed a pledge to have their garden planted by May 15, 1917. There were long lines at McVay’s Seed Company when the company advertised free garden seed as a promotion to support the war effort and also to get people inside the store. 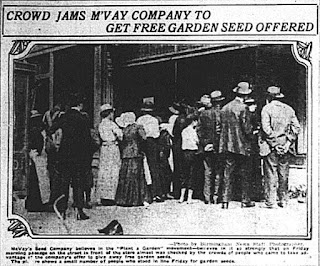 The Birmingham News, Jemison Real Estate and Insurance Company, and the Birmingham Ice and Cold Storage Company sponsored the 36 cash prizes totaling $600. The judges would visit the gardens by neighborhoods in mid-June to determine the winners. Depending on where you lived in the city determined which sponsor awarded the prize money. As you can see in this newspaper ad, this garden contest was segregated as there were both white and black winners. 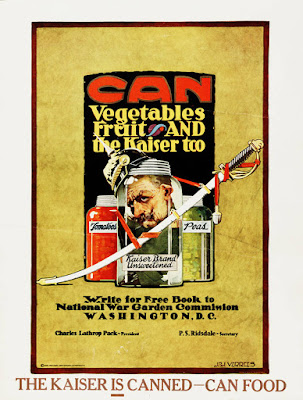 By late April, over 300 people had pledged to plant a garden. It was expected that the number would top 500 by the May deadline. Because there were many first time gardeners, Birmingham held canning classes taught by Miss Beatrice Shipp. One of the slogans for the War Garden Campaign was “Eat All You Can, and Can All You Can’t.”

War gardens remained popular throughout World War I, and their popularity dwindled in the years following the war. To learn more about the victory garden movement in World War I, read the history of the National War Garden Commission that was written by its founder, Charles Lathop Pack, at the end of World War I. With the outbreak of World War II, the popularity of victory gardens surged again with new propaganda posters encouraging people to once again plant gardens.

Enjoyed this story? Follow the Southern History Department on Facebook as we explore 100 years ago in Birmingham during the year 1917 each Thursday as part of Throwback Thursday.
By Laura Gentry