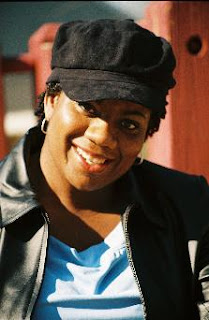 Joy—the Queen of Clean is a local comedienne and performer who performs events at clubs, churches, family reunions, and other venues. She performs in a family friendly style. Part of her billing is that she uses no vulgarity or cursing.

Joy’s performance career began when coworkers encouraged her to try for amateur night at a comedy venue. She practiced or tested her material on members of her church and things began to fall in place for her after a few performances. She decided to take her stage name from Nehemiah 8:10, which says, “the Joy of the Lord is your strength.”

Joy derives most of her comedy material from everyday life. She finds humor from dialogue, clichés, people walking down the street, and the good folks at church. Joy has been featured on Fox 6, NBC 13, ABC 33/40 and in the Birmingham Times and the Trussville Times.

She has performed at The Stardome Comedy Club, The Safari Cup with Russell Ehrett’s Fresh Ground Comics, Ced Delany’s Comedy Nite, The Punchline in , Trendz Bar and Grill in , The Comedy Catch in , and many local churches.

For more information on Joy—the Queen of Clean or to see a sample of her performances, visit her Website .

As always, BPL@Night performances are free and open to the public. Light refreshments will be served.