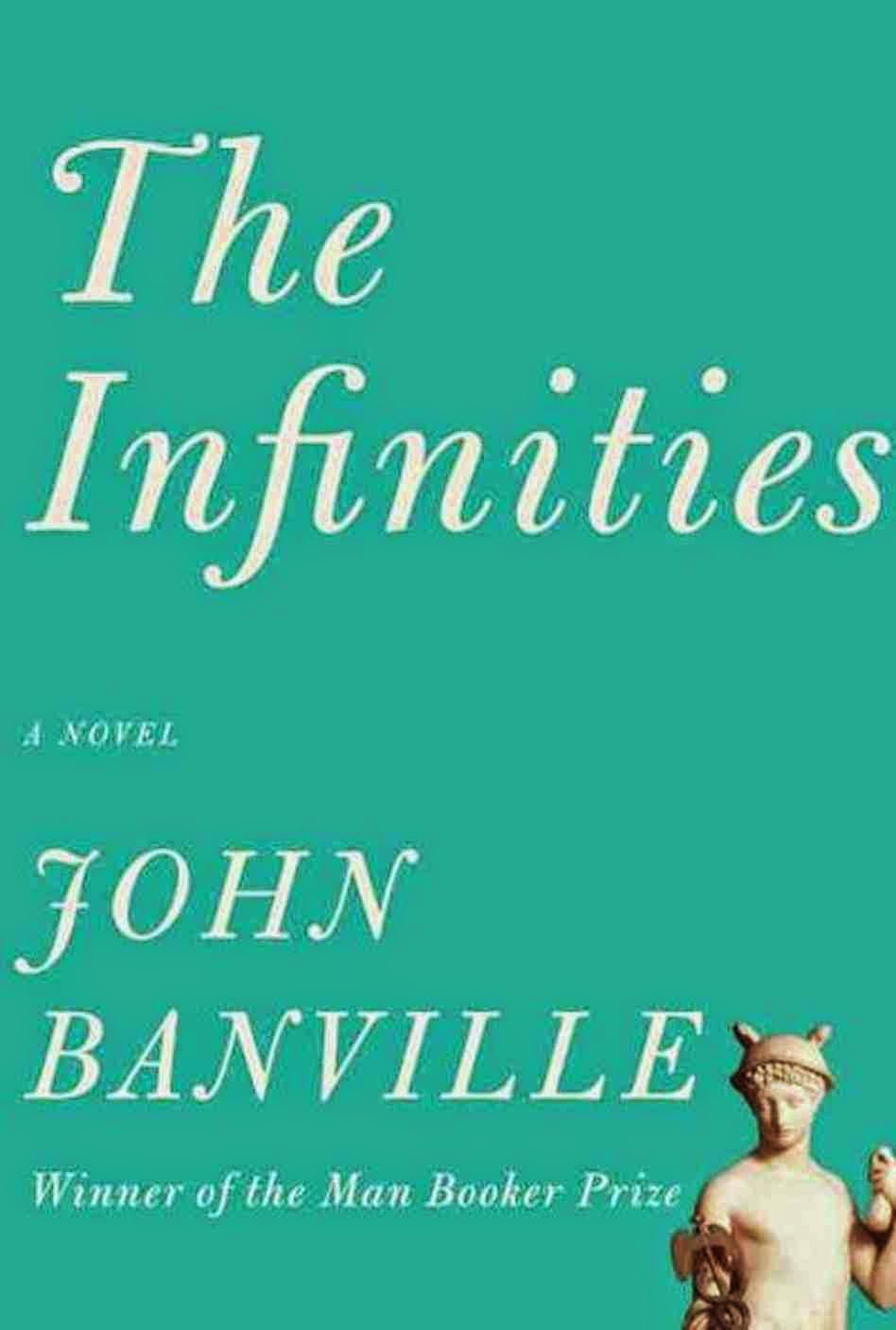 “I find the pagan world of the Greeks highly appealing, and wish we could regain their state of innocence and sophistication. Bring back the old gods, I say.” John Banville in the Amazon.com Review.

In his latest novel, The Infinities, John Banville, who won the Booker Prize for his previous novel The Sea, does indeed conjure up the Greek Gods in a British country home, Edwardian era, sort of. Adam Godley (note the name), the family patriarch is dying. It’s his death day, and his family has come round, as have the Gods. Hermes, we soon learn, is our actually omniscient narrator. He, Zeus and Pan, as Gods do, have their way, lustily, with the gathered humans, but with fine British manners. They wreak havoc, but, are oh so respectful. They’re never noticeably intrusive.

Authors conjure up gods and elves and vampires and Martians as a way to find a foothold outside the human race, to view humanity through the eyes of other beings. For example, we have Hermes' thoughts (in Banville’s elegant prose) as he, in disguise, makes moves on the housekeeper:

“I had put on the look—earnest, awkward, annoyed—that Duffy seems always to adopt in Miss Blount’s presence. The annoyance springs from that resentment all mortal men feel towards those to whom they are attracted. I imagine even the brow of Peleus’s son Achilles must have on occasion have darkened when lover-boy Patroclus came clanking into his tent for the umpteenth time.”

The Infinities is an odd book, intermingling the narratives and compelling interests of the Gods and the Godley family in an offhand way, but in just as offhand a way, readers come to realize they are reading science fiction, as well. The Infinities, it seems, takes place in an alternate universe, with slightly altered physical laws and history, as old Adam Godley knows, dreaming away on his deathbed.

We are long accustomed to omniscient narrators. In fact it is refreshing to have a narrator who is frankly so—and has some discreet lusty fun along the way. And the novel unfolds over a day. But The Infinities, is, at heart, a vaguely Edwardian (post-car, pre-radio), British country house novel, familiar, but refreshed, by Banville’s playfulness and arch wit.