BPL and the other nominees are all featured on the Urban Libraries Council website and will be published in print for distribution to 150 ULC Libraries.

"BPL has some of the best library programs that you will find any place in the country due to our amazing and talented staff and community partners," said aid Floyd Council, executive director of the Birmingham Public Library. "BPL is the only Urban Libraries  Council member in the State of Alabama and by all accounts from national partners, our brand is viable and our future looks bright." 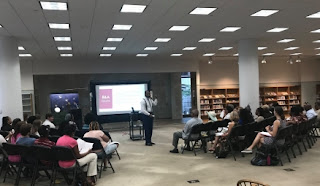 ACE (A Citizen’s Experience) is a City of Birmingham initiative with the central goal of getting residents directly involved and engaged with their local municipal government. ACE is now known as the Academy of Civic Engagement and is kicking off its fall classes on October 28, 2019. During the seven week ACE program, five BPL regional library locations supported and hosted the largest community engagement effort in the recent history of the City of Birmingham. BPL hosted an orientation, seven weeks of classes and a graduation for 600 ACE participants. 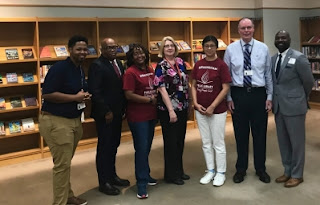 Teens Engineer BHM is a partnership between BPL and the University of Alabama at Birmingham School of Engineering, which provides student mentors to teach classes for teens at several BPL locations. Participants learned STEM skills through robotics, Arduino coding and soldering. It addressed barriers to achievement in math and science faced by youth living in metro Birmingham. 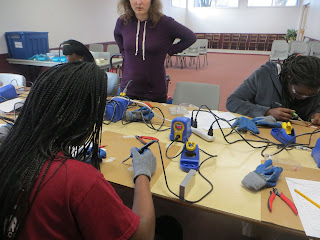 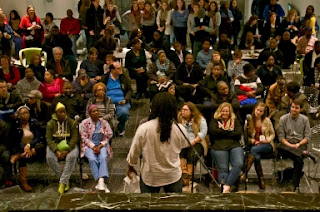 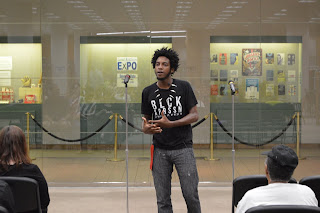 Bards & Brews rotates between library branches, Birmingham bars and other city departments, and has won national accolades. The program was featured in March 2018 by Anna Weaver of North Carolina in her blog about her visit to open mics in all 50 states. Bards & Brews host Voice Porter was also featured in a national spotlight by Starbucks Coffee in August.  The infusion of poetic expression and adult beverage makes this program a prime community venue for adult expression.

BPL was the first Alabama public library system to kick off the launch of the Grow with Google Day of Digital Skills partnership in August 2018. During this innovative day of events, more than 700 patrons and staff participated in digital skills training sessions hosted by BPL and Google. 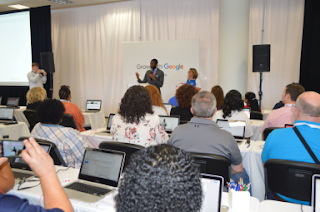 Thanks to this partnership, BPL has hosted digital skills workshops at libraries across the city of Birmingham, teaching patrons how to add digital skills to their resume, organize their business or improve efficiency within their current career.

The success of the partnership with BPL led Grow with Google to choose BPL as the main feature of a national article in The Atlantic highlighting the important role public libraries play in providing public access to computers. See link to The Atlantic article spotlighting BPL by clicking here.
By Roy L. Williams