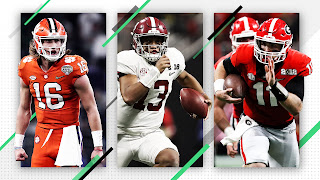 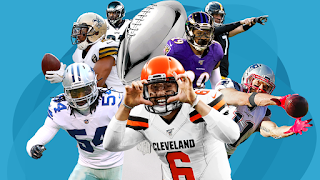 September is here and football season has finally started.  We are in week 3 of the NFL season and week 4 of the college football season.  Can anyone say Antonio Brown?  It’s still very early in the NFL season, but some teams have started out strong.  In the AFC, the Patriots, Bills, Ravens, and Chiefs are undefeated.  On the flip side, the Dolphins, Jets, Bengals, Steelers and Broncos have not won a game.  In the NFC, the Cowboys, Packers, Rams, 49ers and Seahawks are undefeated while the Giants, Redskins, Panthers, and Cardinals have no wins.  The Cardinals actually have one loss and one tie.

In college football, the leaders of the AP poll are defending their rankings with undefeated records.  At this point in the season, several teams haven’t played any conference games yet, but they are holding their own against nonconference teams.  The teams who competed in the College Football Playoff National Championship, Clemson and Alabama, are ranked #1 and #2 respectively.  Oklahoma, who competed against Alabama in the semifinal of the College Football Playoff, is ranked #5.  There are a lot of good teams in the top 10 and college football fans know that things can change quickly.

Football season is off to a great start.  We wait all year for fall to arrive so we can head out to the stadium, go to the sports bar, or sit in front of the TV to watch a great game.  I hope all of you are as excited about the return of football as I am.  Whether you love college football, pro football or both, enjoy the season.