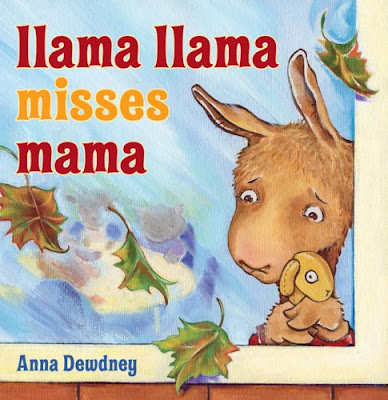 It’s the first time for Llama Llama too, and he is awakened earlier than usual to get ready for his day. They hop into their little pink car and drive to school, where Llama Llama is introduced to his teacher and other new faces:

Drive to school and park the car.
Tell the teacher who you are.

Llama Llama is fine as long as Mama is by his side, but soon he must say goodbye and that’s when he starts feeling shy and alone. Suddenly he’s not liking it at his new school.

What would Llama like to do?
Llama Llama feels so new…

The teacher and students try to engage Llama Llama in their fun activities, but he’s having none of it.

It’s too much for little Llama…
Llama Llama misses mama!

It isn’t until his teacher explains how this school thing works that Llama Llama relaxes and gets coaxed into eating, drawing, and running around on the playground.

Don’t be sad, new little Llama!
It’s OK to miss your mama.
But don’t forget—
when day is through,
she will come right back to you.

By the end of the school day Llama Llama can’t wait to tell Mama about his adventures, and realizes that he can love Mama and school.

I'm a fan of rhyming children's books and Dewdney's Llama Llama series is always a treat to read aloud.

Other books in the Llama Llama series: 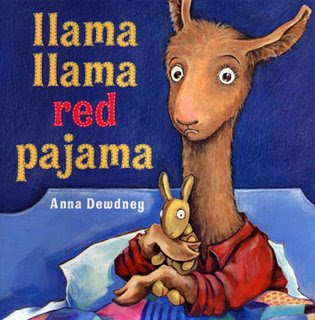 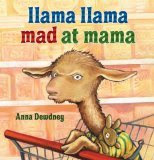