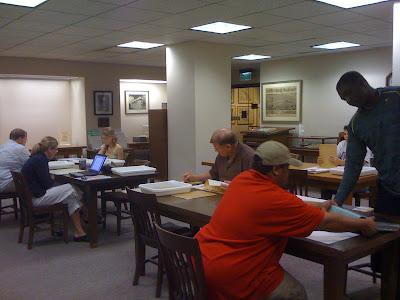 Each year, thousands of researchers from throughout the U.S. and the world use the collections of the Birmingham Public Library Archives. Many of these researchers produce books, articles and documentaries. One of these books researched in the Archives, Doug Blackmon's Slavery by Another Name: The Re-Enslavement of Black Americans from the Civil War to World War II, has been awarded the Pulitzer Prize. A groundbreaking study of the convict lease system, Blackmon's book has won wide spread praise and he drew a packed house when he spoke and read from his book at BPL last fall.

The previous Pulitzer Prize winning books researched at BPL are:

In addition to prize winning books, films and documentaries researched in the Archives have received the Academy Award, the Emmy and the Peabody.