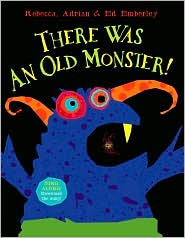 There Was An Old Monster (K-2)
Rebecca, Adrian and Ed Emberley 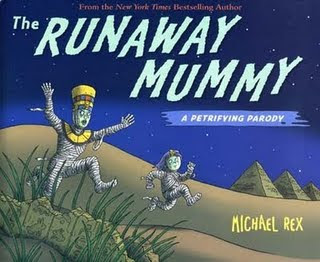 Among beloved children's books, The Runaway Bunny is at the top of the heap. This classic story about a headstrong bunny that tests his mother's love and perseverance by threatening to run away elicits laughs and even a few tears by the end of the story. Michael Rex's send up, The Runaway Mummy, assumes this battle of wills has been going on for thousands of years.

The creatures the Mummy mommy turns into to chase down her "rotten little mummy" are more ghastly than a tree, a mountain, or the wind. Try a sea monster, a fire-breathing dragon (to keep her little mummy warm, of course), a monstrous gorilla, an ancient cathedral, and a sky-high monster with razor-sharp claws (to tickle with, of course).

The Mummy mommy doesn't blink when her boy threatens to turn into a serpent, a gargoyle, a ravenous plant, a huge bat, or a humongous beast, but hear her scream when her little mummy threatens to turn into a little boy who takes karate and learns to play piano, complete with a van-driving mommy who chauffeurs him to Spanish lessons, violin recitals, and chess matches. How would he ever have time to be rotten? 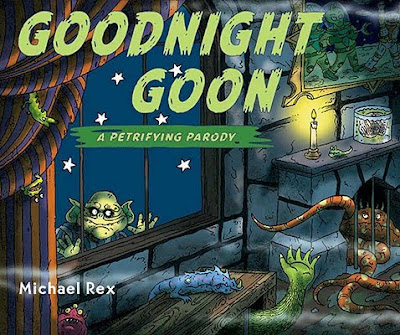 OK. Getting away with The Runaway Mummy is one thing, but parodying Margaret Wise Brown's Goodnight Moon with Goodnight Goon is just childhood sacrilege. But it sure is a lot of fun!

A little werewolf boy puts off sleep by saying goodnight to all the ghoulish things in his room, such as two hairy claws and a set of jaws; and a skull and a shoe and a pot full of goo. And instead of a quiet old lady whispering hush, there's a hairy, old werewolf hollering "boo!" and sticking pins in a voodoo doll while rocking in his chair.

The odd thing is that the Goon rhymes can be just as soothing as the Moon rhymes.
By Tressa Fancher