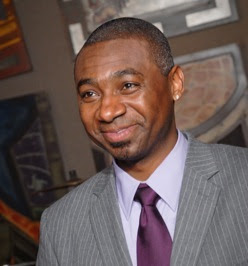 Jazz guitarist Keith “Cashmere” Williams has become one of the most prominent musicians in the Southeast. In addition to touring and recording with Ruben Studdard, Williams has opened for Kirk Whalum, Ramsey Lewis, Boney James, and many more. Williams started playing at the age of five, leading to his acceptance at Berklee College of Music, where he produced and recorded his first album. In 2000, his second album, Set the Mood, received rave reviews and national airplay. Since then, he has founded his own label, Lenoah Records, and released his third album, New Birth.

BPL@Night is a series of high quality evening performances offered free-of-charge by Birmingham Public Library in an effort to bring enriching cultural programs to downtown Birmingham and the city’s neighborhoods. BPL@Night highlights local and regional performers that reflect the diversity of our community and draw from a wide range of personal experience. Through programs such as these, the library seeks to provide Birmingham citizens of all ages opportunities for entertainment, ongoing education, and personal growth.
By Tressa Fancher