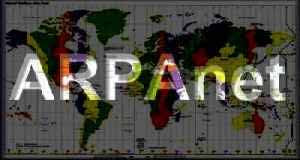 Most of us have access to the Internet and use it to surf the Web for various reasons: research, social networking, playing games, or to mindlessly surf. So what exactly is the Internet, and is it the same thing as the World Wide Web? These are some of the questions people frequently ask as they learn and further train on how to use the ever evolving technology today.

What is the Internet?The Internet is a huge spider web of global computers connecting millions of personal and business computers, cellphones, GPS systems, and other devices. They are linked together for one purpose: the free sharing of information. Anyone can access the Internet, as long as you have the device and connection capability.

Who invented the Internet?
It’s more of “what” invented the Internet. The Internet began as a U.S. Department of Defense project to create a nationwide computer network that would continue to function even if a large portion of it were destroyed in a nuclear war or natural disaster. It was conceived by the Advanced Research Projects Agency (ARPA) in 1969 and dubbed “ARPAnet.” It evolved to primarily be used by academic institutions, scientists, and the government for research and communications. The nature of ARPAnet changed in 1992 when the U.S. government offered commercial companies rights to the network. It was then that Internet access was granted to the general public. This commenced the Internet’s expansion to what it is today.

What’s the difference between the Internet and the World Wide Web?
People use these terms interchangeably, but they’re not synonymous. They may be related, but they are two separate things. The Internet is the physical component of the network system, and the World Wide Web is a collection of sites and pages within the Internet. The Web is viewed by using Web browsers like Internet Explorer, Mozilla Firefox, Google Chrome, or Safari. The Web is based on hypertext transfer protocol, the language that enables users to “jump” (via hyperlink) from one page to another.

What is a URL?
Web pages usually link to other pages via a Uniform Resource Identifier (URL). This is basically a technical way of saying “web address."

If you would like more information about the Internet, you can attend the Basic Internet course that is offered each month at the Regional Library Computer Center. You can obtain more information by calling the Public Computer Services department at (205) 226-3681 or visiting their blog at www.rlccbpl.wordpress.com.

You may also want to check out these resources at the Birmingham Public Library:

Registration and the schedule for the August Computer Class will be available on Monday, July 15, during library hours.