Book Review: The Crimson Petal and the White 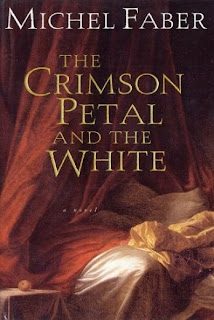 The Crimson Petal and the White
Michel Faber

Sorry, but it doesn’t have anything to do with football, or Alabama, or even the last hundred years. It’s a novel set in 1870s London and it’s a picture of Victorian society the like of which you will almost certainly be unprepared for. Reviewers called it the novel a period novelist might have written had there not been censorship and this is not an overstatement. But even a Dickens without restrictions, for instance, wouldn’t have had a century plus of historical research and perspective that make this story so detailed and devastating. The seductive opening lines indicate as much:

Watch your step. Keep your wits about you: you will need them. This city I am bringing you is vast and intricate, and you have not been here before….The truth is that you are an alien from another time and place altogether.

The novel follows Sugar, a prostitute from these mean streets, as she makes her way through life, meeting William Rackham, a wealthy businessman. She becomes his kept woman and, later, his governess. Through her eyes, and his (and still others) you see every level of London society, from lowest to highest. Connected to the main theme of prostitution are related themes concerning desire, lust, marriage, courtship and so on. In all of this you are intimately immersed into defining elements of Victorian morality, its vicissitudes, contradictions and hypocrisies. Far more importantly, and cutting to the core, it’s a book about love and how society usually thwarts it far more often than it supports it.

By the way, if you like it, don’t miss the DVD version, also at the library.