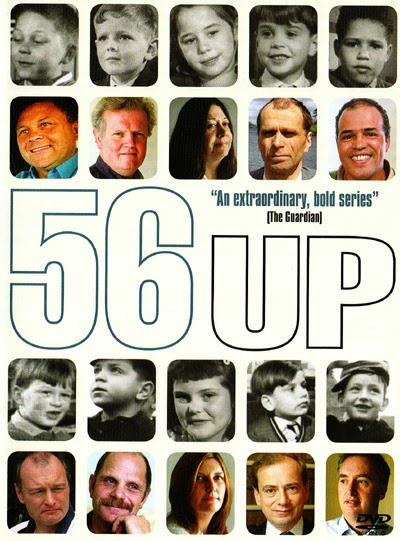 In this era of reality television, the cinematic documentation of everyday people seems to have fallen by the wayside.  Instead, we are bombarded by c-list celebrities, rural eccentrics, and child beauty pageant stars. Reality television depicts these lives in a sensationalized manner and the spotlight of celebrity has warped almost all sense of reality on our television screens.

Of course there are still some documentaries and -- occasionally -- television programs that offer thoughtful insight into the world in which we live. The "Up Series” is a spellbinding example of this (unfortunately) rare phenomenon. These films are a documentary series that chronicle the lives of fourteen ordinary people in the United Kingdom.

In the fall of 1964, a camera crew from Granada television interviewed fourteen, seven year-old schoolchildren from around London. The children were from a wide range of socioeconomic backgrounds ranging from working class students to upper class boarding school students. They were all asked several questions about their lives as well as their thoughts on the future.

The documentary was titled 7 Up and was very well received by the British public.  One of the associate producers on the production  -- filmmaker Michael Apted -- came up with the idea of revisiting these fourteen individuals every seven years. The same children were visited as fourteen years old in 7 and 7 and most of the original fourteen participants have been visited every seven years since resulting in a series of documentaries directed by Apted with titles including 21 Up, 28 Up, and so on.

The films have become known as the “Up Series” and have developed quite a following around the world -- there have even been local versions of this series in most major film producing countries.  Roger Ebert called the series “…an inspired, even noble, use of the film medium“ and the films are usually listed among the greatest documentaries ever made. Every seven years the audience for these films grows with more enthusiastic viewers who have discovered the series during the intervening years.

Last year, 56 Up was released in theaters and the film has recently arrived on home video (and is available through the library system).  I would recommend that  anyone intrigued by the premise of this series to start with the first film and work their way forward.
It is tempting to state that viewers really get to know the individuals incrementally documented in this series; however, the truth is that we do not really get to know them at all. Michael Apted frames a window in which we can glance at their lives every seven years and it is an incredibly compelling glance.

Perhaps most compelling in that the films make clear that any life can be profound if viewed through the right frame. I would also add that these films do a wonderful job of propelling the viewer to enter a frame of mind in which to examine the profound nature of their own journey through life.
By Brandon C. Smith