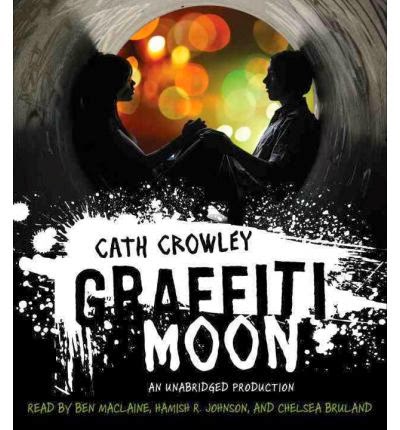 "Lucy is on a mission to find Shadow, the urban graffiti artist to whose work she is drawn. But as the night unfolds, she may find that Shadow is closer than she thinks. Three Australian voices mesh to give this story an authentic sense of character, place, and point of view."

I'd read the blurb for this novel and didn't expect to like it, despite the Australian setting. And I've been pleasantly surprised. Of course, I suppose the blurb would have given too much away if it had revealed Shadow's identity! The three voices complement each other well. I actually liked Poet's deep, thoughtful voice, in spite of the short interludes he gets to narrate. There really isn't much differentiation between male/female voices when Ed and Lucy are speaking, which got confusing for me when they are relating conversations—but I was willing to forgive those moments, other parts drew me in so totally. I was laughing out loud when Ed and Lucy lose control of the bicycle and she runs him over, then Jaz tells Lucy aggravated assault may not be the best way to get a guy. The Melbourne-area accents are accurate (if you listen to the Markus Zusak novels, you'll note the difference between Melbourne and Sydney).