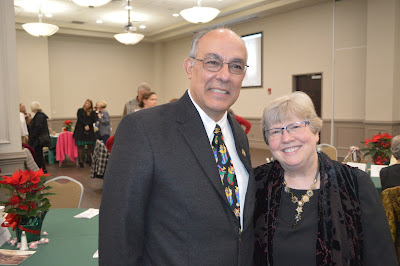 The event included a retirement celebration for Pat Ryan, right, who retired this month after 20 years as executive director of the Jefferson County Library Cooperative.

Among the 2018 Library Champions were three honored by the Birmingham Public Library:

Lee Green, middle, on behalf of the Central Library for his passionate support of Bards & Brews. The Jones Valley Neighborhood by BPL Western Region for its support of the Powderly Branch Library. 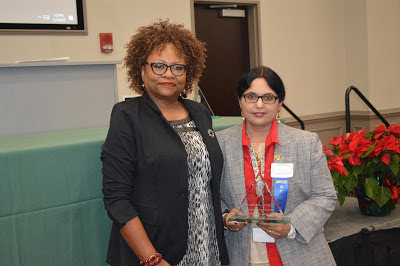 Former Birmingham City Council District 1 Councilor LaShunda Scales (who is now a Jefferson County commissioner) by BPL Eastern Region for her support of the Springville Road Regional Branch Library, including donating $95,000 in cash and furniture. (Sumiphra Karrasu, right, accepted the award for Scales, who was unable to attend.)

Congratulations to all of the honorees and thanks for being a champion for all 40 public libraries in Jefferson County.