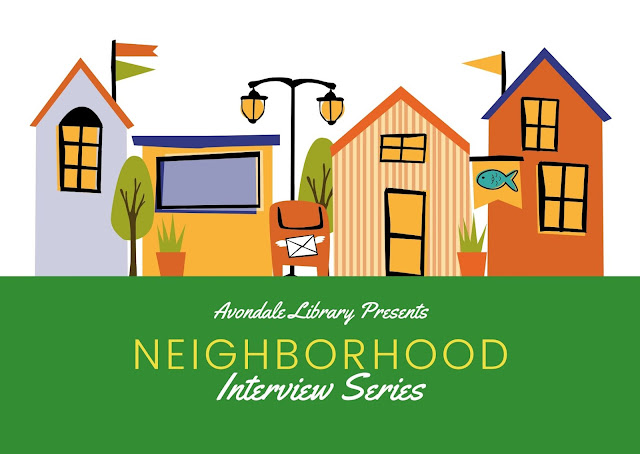 Beginning next week, Avondale Library’s Adult Department will be hosting Neighborhood Interview Series, a set of interviews with community members representing non-profits, businesses, and the arts in Avondale and the surrounding neighborhood.

Hosted by Avondale Library librarian Joan Inman, the series is in conjunction with the library’s mission to create community partnership within the neighborhood, promote the spectacular public services in the area, and to discuss how others are operating both professionally and personally during COVID. “I’ve wanted to create this project for a while now,” says Joan, “but especially now in our ‘new normal’ I feel that it's even more important to extend these branches of communication, especially at such a weird, unsure time in the world.”

The series will kick off with its first interview with Susan Crow, executive director of Workshops Inc., on Tuesday, July 21, at 10:00 a.m., via the Avondale and Birmingham Public Library Facebook pages. The project is ongoing and will feature representatives from a variety of neighborhood staples, including Hand in Paw, Workshops Inc., Thank You Books, and Sanctum Tattoos and Comics.
By Tressa Fancher