Q&A With S. “Mac” McEachin Otts, Author of "The Unmaking of an Alabama Racist" 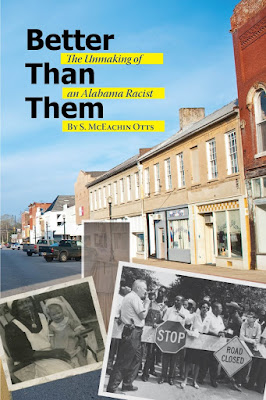 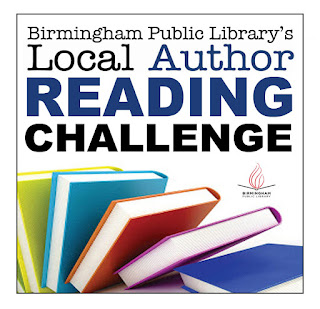 As black marchers held a peaceful civil rights march in Greensboro, Ala. during the summer of 1965, 18-year-old S. “Mac” McEachin Otts, stood on a street curb holding a tire iron in his hand, ready to join an angry mob of whites preparing to attack them.

As he glared defiantly at the black marchers, Otts remembered comments his grandmother told him at age 7 after chastising him for laughing with her black servants who greeted him at her front door:

"You are better than them. Don't forget it," his grandmother whispers to “Mac” and pointing at her black servants.

For the rest of Otts' life, his grandmother's words haunted him. They are the inspiration behind his powerful book, Better Than Them: The Unmaking of an Alabama Racist, published by New South Books in 2014.

In Better Than Them, Otts looks back at how regret of his actions that memorable day in 1965 transformed his life. He examines unspoken shame of his slave-holding ancestors, and his racist beliefs growing up in rural Alabama in the 1950s and 1960s.

Today, now living in Mobile, Otts is a married grandfather who is an advocate for peace between blacks and whites.

In a Q & A with the Birmingham Public Library, Otts describes how adopting a mixed-race boy inspired him to write the book about his journey from being a racist to someone who now respects and sees value in other races. Otts also shares how he hopes the national conversation on race that began after the George Floyd tragedy will spark racial understanding and unity among blacks and whites in America.

The book is also available on Amazon.

BPL: What is your book about?

Otts: Why did I stand on my hometown street curb in the summer of 1965 holding a tire iron in hatred - while watching a peaceful civil rights march? My research and writing started as purely a search for the answer to that question, but it became much more.

Using an investigative approach, it grew into a greater search involving learning from our history to answer personal and societal questions about racism, overcoming it, and improving race relations. After all, the key to positive race relations is developing positive relationships, and only individuals can do that.

BPL: What inspired you to write this book?

Otts: We adopted a child of mixed race, and the responses of some people over the years set me up. I started to write with no interest in publication. I just sought answers as a father and a counselor. As a Christian counselor, how could I effectively understand others if I could not understand myself as an 18-year-old boy full of racial hatred?

How did I change? I wrote to understand, and it turned out to be a historical investigation involving a lot of research. As if that was not challenge enough, I learned some years later that I should expand my investigation across cultures and seek publication. This was learned from a college sociology night course I was teaching in which I told the mixed, mostly working adult class, a brief summary of my race-related experience and asked them to do the same in small groups.

I was astounded to find out how much the exercise in transparency seemed to meet buried needs. It dawned on me that my story needed to be told in a way that incorporated the needs of many and sought answers to the broad questions we need to address as a society. Subsequent prayer led to sustained action!

BPL: Given the discussion on race that is going on in the wake of the killing of George Floyd, what is your reaction as someone who admits they were a racist before changing your views?

Otts: The incident sickened me. As a Christian, I saw his terrible killing as not only a legal matter deserving of severe charges, but as sin deserving of repentance (like racism itself). As shown in my book, race is way too convenient as a hook to hang hang-ups on. I do not think white people need to just shut up and listen.

We need to talk too! I think police reform is needed, but not some cookie cutter approach that ignores the need for transparent community-based discussion. That’s why I favor federal incentives to bring about change and community efforts to hold authorities accountable for implementation of the type of communication that will not just result in policy changes, but in relationship changes. On the private side, churches should step up without politics. Since people are church, that means folks of faith.

BPL: What do you hope comes out of this discussion on race in wake of Floyd?

Otts: I hope we finally gain a foothold on a major key to building better race relations - a form of communication about race and our personal experiences and views that is not dependent on fear or political correctness, but is characterized by the type of transparency reflected in my book and all I and others have done to communicate constructively. We have, as a society, been in our adolescence in this regard - time to grow up!

BPL: Why do you think this issue of Floyd death is capturing support from whites and other non-blacks while so many other killings by police and others of unarmed blacks did not?

Otts: I think it has gained momentum from an intersection of factors in our society, not the least of which is growth from the seeds planted during the Civil Rights Movement. People like me have either changed or are moving on! Racism is still a big problem. As a society, as I said, we have been adolescent - time to grow up!

BPL: What lessons do you hope readers of your book will learn?

Otts: I hope they will learn about the importance of process and transparency as it relates to racism and growing relationships across racial lines - as well as the practical difference they can make by taking improving race relations to be a day-to-day personal challenge. We all have something that will make a difference. Let’s tell our stories!

BPL: What has been the reaction to your book?

Otts: From University of Alabama Alumni Magazine, Bookshelf, winter of 2015: Better Than Them, The Unmaking of an Alabama Racist analyzes one man’s life experiences in a racially divided world and reflects on how he outgrew a racist upbringing.

Using his armed protest of a 1965 civil rights era demonstration as a lens, the memoir covers the events that shaped his life, venturing back from the civil rights era to the glories, tragedies, and unspoken shame of his slave-holding ancestors.

Probing the roots of the race-related events in his small Black Belt hometown, the author seeks to understand underlying causes and what brought about change…” Among responses from readers, one said “You were very courageous to write such a powerful and personal book...very much overdue.”

A high school history teacher required it to be read by sophomores and juniors. Another said “This a powerful work....I appreciate your words regarding the roles of churches in bringing races together....I wish you top seller sales and visible impact on positive race relations.”

In a review released in June 2015 a few months after its release, the Alabama Writers Forum called Better than Them part memoir, part investigative journalism, part history, and part social commentary.

“All these approaches enable Otts to describe in great detail his ongoing struggle to understand the nature of racism and to encourage open and honest discussions on the topic between whites and blacks. In his book, Otts not only tells his family’s story, which is engagingly done, but he goes to blacks and whites in Greensboro and talks to them about racial attitudes, both in the past and the present.”

About the Author: S. “Mac” McEachin Otts is the author of Better Than Them: The Unmaking of an Alabama Racist, a memoir about how he transitioned from being a racist who hated blacks to someone accepting of all races and advocate for improved race relations. A Greensboro, Ala. Native, Otts and his wife now reside in Mobile.

An advocate for abused children, Otts received governors’ appointments for several terms on the Boards of the Alabama Children’s Trust Fund and the State Children’s Policy Council. Now fully retired, Otts is a public speaker and writer, primarily on race relations and racism. A Christian family man, “Mac” and his wife, Carol, have two children and five grandchildren - with another on the way.
By Roy L. Williams

Anonymous said…
Very interesting on how life can change a person's heart.
8:44 AM