Book Review: The Girl with the Dragon Tattoo 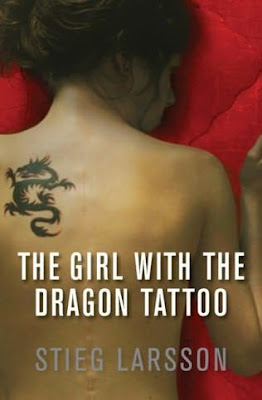 I just finished listening to The Girl with the Dragon Tattoo by Stieg Larsson (great job of narration by Martin Wenner). This is a fantastic murder mystery with some of the best plot and character development I've seen in thriller fiction in a while.

Lisbeth Salander is a firecracker of a woman whose bad side you do not want to get on. She's a 20-something tattooed goth with a photographic memory and a world-class talent for hacking into computers. These skills serve her well in her job as a part-time private investigator.

Lisbeth's boss gives her an assignment to scour the life of Mikael Blomkvist, a financial journalist hired to investigate the three-decade-old disappearance and possible murder of Harriet Vanger, a grandniece of the powerful and wealthy Henrik Vanger. Every year on Harriet's birthday Henrik receives a pressed flower through the mail—one of Harriet's favorite hobbies. He assumes they are sent by the killer as a token of torment. In a last ditch effort to bring justice to his niece, the 82-year-old Henrik hires Blomkvist to pore through his family's history and police evidence to see if he can solve the 36-year-old mystery.

The trail Blomkvist and Salander follow is made interesting by the fact that on the day of the murder no one was permitted on or off the island, and a handful of photographs taken earlier in town and on the island after a car accident act as puzzle pieces in solving the crime.

The Girl with the Dragon Tattoo's Swedish title is Men Who Hate Women, and there is misogyny and violence visited upon women in this tale, Salander being one of them. But don't worry. She can take care of herself. (The abandoned Salander represents the grown Pippi Longstocking, a beloved Swedish children's literature character. And Pippi, too, can take care of herself.)

Stieg Larsson died in 2004 of a heart attack before his Millennium Trilogy was published. The first book along with The Girl Who Played with Fire and The Girl Who Kicked the Hornets' Nest has sold more than 27 million copies in over 40 countries. Larsson left an unfinished manuscript for the fourth book, and outlines of the fifth and sixth books. There were to be ten books in the series.

The movie version is in limited release in the U.S.