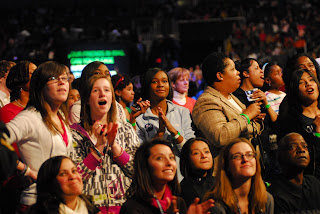 Mercy. That figure is difficult to fathom. It means more than one-third of all Americans aged 14 and older used a library's computer or wifi access point.

This is according to the first-ever national study on library computer use.

It goes to show us that libraries ARE important. To further illustrate this idea, consider the fact that the library is the only place that accepts everyone into its doors. BPL accepts people of all ages, creeds, religions, races, political affiliations, etc. The public library is still one of the greatest legacies of our country's founders. It is, in fact, democracy in action.

Our hope is that you will continue to support BPL as you have in the past. Last year, the Birmingham Public Library patrons used the 300-plus computers over half a million times.

We still need your support. We are in somewhat perilous times in terms of our funding. Your voice and your support are as important as ever.
By Hunter