Unusual Object Being Tracked By NORAD 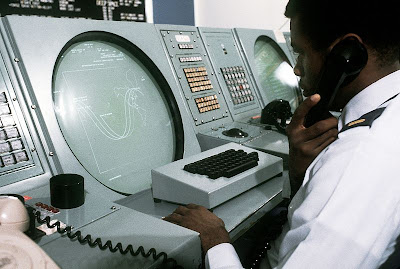 We have now reached the time of year in which NORAD (North American Aerospace Defense Command) will utilize high-tech satellite and radar systems to track and monitor an unusual object in the airspace above North America - a sleigh driven by a jolly old elf and pulled through the sky by eight tiny reindeer.

NORAD has been conducting the NORAD Tracks Santa program since 1955 and, according to the book Guarding What You Value Most: North American Aerospace Defense Command, the idea for the program began with a typo in a Sears & Roebuck newspaper advertisement. On December 24, 1955, dozens of young boys and girls in the Colorado Springs area called the number featured in that advertisement in order to speak with Santa Claus and reached the command center’s "red phone" hot line instead. Flustered at first, the operations officer in charge that evening eventually gathered himself and instructed his staff to provide callers with the kind of information that only a sophisticated air defense agency could impart – continuously updated tracking of Santa’s position as he journeyed across the sky from the North Pole to a myriad of destinations throughout the world. This tactic proved so popular with callers and staff alike that the decision was made to continue its practice each year at Christmastime.

The NORAD Tracks Santa program has become a high-tech affair since the early days of volunteers answering phones and preparing typed responses to the letters written by children. Now volunteers are also able to respond to the inquiries of children from all over the world via email and corporate sponsorship has enabled children (and their parents) to track Santa’s flight on Christmas Eve via the NORAD Tracks Santa website, their mobile phones (Android App or iPhone App), as well as Facebook, Twitter, and Google Earth.

Parents and other grown-ups should be sure to listen to the brief interview with Col. Harry Shoup (he's the Air Force officer that picked up the red phone that fateful Christmas Eve) that is available on this page at the NORAD Tracks Santa website.

Happy tracking and Happy Holidays from the staff of the Government Documents Department at the Birmingham Public Library!