Say "Thank You" to Your Toilet on World Toilet Day! 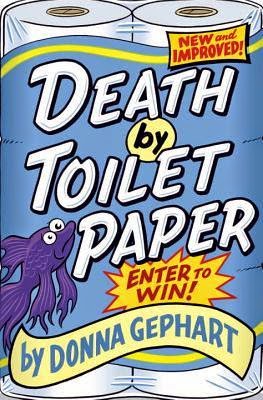 I have always believed that everything you really need to know in life may be found in a children’s book, at least the interesting stuff. For instance, while reading the book Death by Toilet Paper written by Donna Gephart, I learned 37 fun filled toilet/toilet paper facts. Did you know…

• It takes about 384 trees to produce the toilet paper one person uses in a lifetime.
• Toilet paper didn’t exist in the Middle Ages. Rich people used wool or hemp. Poor people were stuck using stones, mussel shells, or grass.
• Seven percent of Americans steal toilet paper from hotel and motel rooms.
• In 2013, after the Super Bowl, toilet use spiked 13% in New York City. This caused a 2-inch drop in a 30-foot water reservoir in Yonkers, New York.
• In a public bathroom, the first toilet cubicle in a row is the least used and consequently the cleanest.

In addition to these strange but fun facts, I also learned something quite serious: World Toilet Day is November 19. The mission of World Toilet Day is to improve sanitation conditions for people around the world through advocacy, technology, and education. According to the United Nations, about 2.6 billion people worldwide do not have indoor toilet facilities.

Wild About Words said…
Thanks for the mention. I love your belief that everything you need to know you can find in a children's book. I think they are like emotional roadmaps for children (and adults). Going to share that excellent video now.
Happy reading,
Donna
12:42 PM

I was thrilled to read your post. How exciting to have the author of the
book comment on my blog entry! I look forward to reading your next novel.