- December 20, 2017
Looking back through my blog posts, I discovered that I had not introduced any of this season's new Christmas books.  Many Christmas titles are published in October, so these are already available to enjoy next to the fireplace with a glass of eggnog.  Take a break from the holiday rush, relax, and escape into one of these delightful books.  I hope all of you have a festive and enjoyable holiday season.  The book descriptions are provided by the publishers. 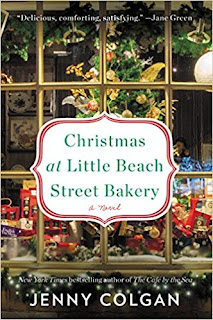 In the Cornish coastal village of Mount Polbearne, the Christmas season has arrived. It's a joyous time for family, friends, and feasting, as decorations sparkle along the town's winding streets and shop windows glow with festive displays. And in Polly's Little Beach Street Bakery, the aroma of gingerbread cookies and other treats tempts people in from the cold.  Though Polly is busy keeping up with the demands of the season, she still makes time for her beekeeper boyfriend, Huckle. She's especially happy to be celebrating the holiday this year with him, and can't wait to cuddle up in front of the fireplace with a cup of eggnog on Christmas Eve.  But holiday bliss soon gives way to panic when a storm cuts the village off from the mainland. Now it will take all of the villagers to work together in order to ensure everyone has a happy holiday. 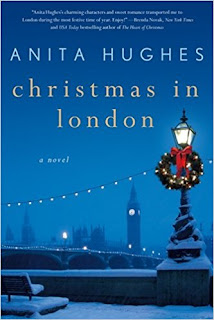 It's a week before Christmas and Louisa Graham is working twelve hour shifts at a bakery on Manhattan's Lower East Side. A young cooking show assistant comes in from the rain and begs to buy all the cinnamon rolls on her tray.  They aren't hers to sell, but the show burned the rolls they were supposed to film that day, so she agrees.  The next morning, Louisa finds out that her cinnamon rolls were a hit, but the star of the show was allergic, and the whole crew is supposed to leave for London that afternoon. They want Louisa to step in for their annual Christmas Eve Dinner TV special at Claridge's.  Digby Bunting, Louisa's famous baking idol, will be there, even if he does seem more interested in her than her food.  On their first day in London, Kate, the show's beautiful producer, runs into the skinny boy she jilted at St. Andrew's in Scotland ten years ago; now a handsome, brilliant mathematician, and newly divorced.  Kate and Louisa are busy preparing for the show, but old and new flames are complicating their work. 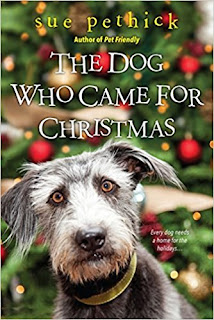 The Dog Who Came for Christmas  / Sue Pethick

Renee Richardson's list of Christmas wishes includes: a few more clients at her hair salon, a few less unsuitable dates set up by her father, and some new friends for her troubled young son, Kieran. Little does she know that Kieran has already made a pal in their new town . . . a scrappy little dog named Max, who he found in the woods. When Max gets caught in a snare, Kieran and his grandfather rescue the pup, and the whole family begins to bond with their four-legged guest. The holidays draw closer and more chaotic and Renee has her hands full, especially when Max's owner turns up to claim him. Travis Diehl is the first man to intrigue her since her divorce--though she's facing stiff competition in a local bombshell who also happens to be Renee's most important client. But as a white Christmas becomes a bona fide blizzard, Kieran, Renee, and Max may all gain the gift they've been longing for--loyal companionship and a lifetime of love . . . 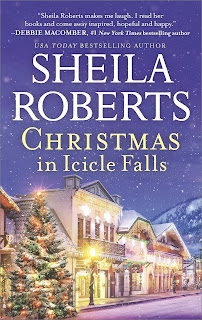 When Muriel Sterling released her new book, A Guide to Happy Holidays, she felt like the queen of Christmas. She's thrilled when the new tree she ordered online arrives and is eager to show it off--until she gets it out of the box and realizes it's a mangy dud. But rather than give up on the ugly tree, Muriel decides to make a project out of it. As she pretties up her tree, she realizes there's a lesson to be learned: everything and everyone has potential. Maybe even her old friend Arnie, who's loved her for years. Except she's not the only one seeing Arnie's potential...Meanwhile, Muriel's ugly-tree project has also inspired her friends. Sienna Moreno is trying to bring out the best in the grouchy man next door, who hates noise, hates kids and hates his new neighbors. And while Olivia Claussen would love to send her obnoxious new daughter-in-law packing, she's adjusting her attitude and trying to discover what her son sees in the girl. If these women can learn to see the beauty in the "ugly trees" in their lives, perhaps this might turn out to be the happiest holiday yet.
By G. Jones