What's All the Seuss About? 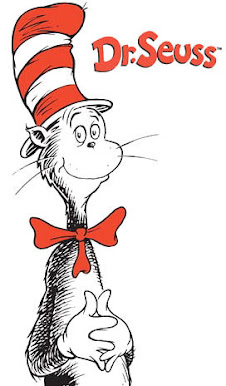 By Russell Lee|Smithfield Library
What’s All the Seuss About?
I can recall in my early childhood years reading Dr. Seuss books and being awestruck by the captivating yet simple illustrations. As a child we are not aware of racial overtones and stereotypes in books that captivate our imagination.
Most public and school libraries had these books in their collection and many teachers often read these aloud to eager ears that were naïve and innocent, to what might be racist stereotypes in the illustrations.
“Recently librarians and scholars have started to look closely at children’s classic children’s literature that contains stereotypes and caricatures.” (Alter, A., & Harris, E. (2021).
This article in the New York Times, "Dr. Seuss Books Are Pulled and a Cancel Controversy Erupts," looks into the issue.
“Theodore Geisel’s books have been criticized as having negative racial stereotypical illustrations like, an Asian man with slanted lines for eyes, and hidden minstrel types of blackface in the cat in the hat books. Some argued a lot of Geisel’s picture books exhibited racism and bias against Black, Asian, Mexican, Native American and Jewish people.” (Alter)
I never really paid any attention to the baboonish illustrations, squinted eyes and racial caricature facial features of some of the illustrations even as an adult in Dr. Seuss books. Hidden racism is often very subtle to the naked eye.
As of now six Dr. Seuss books are no longer being printed. Many libraries have taken them off the shelves from public view.
Should libraries “cancel culture” by censorship or allow patrons freely to exercise intellectual freedom and access by choosing what to read themselves?
As society progresses should we encourage the rewriting of history and culture in classic literature to reflect modern times and sweep the parts we don’t like under the rug because it offends a group of people?
I am African American and I read just what I want to in public libraries. I respect the diversity and freedom of access to knowledge in libraries. Libraries have enabled me to learn about history and make well informed valid decisions.
Dr. Seuss books, should they go or stay? What do you think?
By Roy L. Williams