Death of the Former Director of the Birmingham Public Library 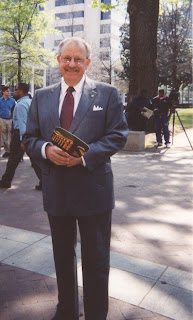 During Bulow’s service to the library, the library system won numerous awards for public service, including two John Cotton Dana Library Public Relations Awards sponsored by the H. W. Wilson Company; the H. W. Wilson Foundation, and the Library Administration and Management Association, a division of the American Library Association.

Bulow spearheaded innovative programs including the bookstore model to deliver library service and one of the first books-by-mail programs to provide library materials to the home-bound. As associate director for the branch libraries, Bulow championed the branch system and replaced and renovated library buildings throughout the city. He expanded training opportunities for staff at all levels and encouraged them to continue their education.

As director, he emphasized systemwide library service and strove to offer the same service no matter what location or size of the library. His mission was, “When a patron walks in the door of any library in the city, that patron walks into the entire library system.”

He served on committees for the American Library Association and was President of the Alabama Library Association in 1994. His involvement in the community and in professional librarianship was extensive. He was instrumental in developing a closer working relationship between the Birmingham Public Library and the City of Birmingham Community Development program.

For more than thirty years, Bulow served the Library and the City and earned many accolades for his accomplishments.