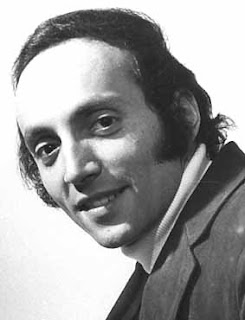 Erich Segal, author of the incredibly popular 1970 novel, Love Story, died January 17 of a heart attack at his home in London. He had battled Parkinson's disease for 25 years. His funeral services were held in London on Tuesday, January 19.

Erich Segal was born in Brooklyn, New York in 1937, and was the son of a Rabbi. Erich studied languages, including Hebrew, at an early age and became fluent in German,, French, Latin and Greek. He graduated from Harvard in 1959 with a masters in classics, and in 1965 with a doctorate in comparative literature. Mr. Segal taught Greek and Roman Literature at Yale University, as well as classics at Princeton and Dartmouth. His classes were among the most popular at Yale, reportedly drew large crowds and were rated top performances by his students.

His first screenplay was the highly successful Yellow Submarine. He collaborated with the Beatles to create the animated 1968 Beatles film Yellow Submarine while publishing Greek tragedy and Latin poetry.

Erich Segal's first novel, Love Story, was published in 1970, and was about a young couple who fall in love, marry, and later discover that she is dying of cancer. The story was originally written as a screenplay about the love between a working-class Italian girl from Radcliffe and a Harvard boy. The 1970 film which starred Ali MacGraw and Ryan O'Neal was a huge hit. The film was already in production before Segal reworked it as a novel. The first paperback run of Love Story, according to Robert Thomas, Jr. from the New York Times Book Review, "produced the largest initial print order in the history of publishing [up until that time], 4,350,000" copies. Segal's novel was the best-selling book on the New York Times Book Review for a year, sold eleven million copies in the United States, and was also translated into twenty-three languages.. The Love Story line - "Love means never having to say you're sorry"- became a famous national phrase.

Erich Segal never obtained the same level of success he had with Love Story. His later novels including Oliver's Story, Man, Woman and Child, The Class, and Doctors were bestsellers. Several books were made into movies.

Segal is survived by his wife Karen James and daughters Francesca and Miranda. Erich Segal will be missed.