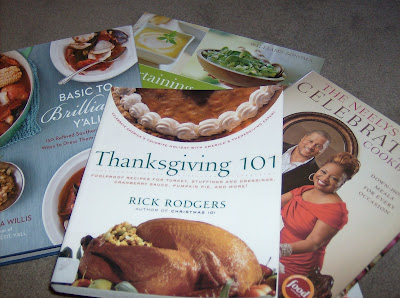 The Birmingham Public Library owns more than 1,000 cookbooks. If you’re looking for classic recipes that are tried and true or you need fresh ideas to update your holiday menu, check out our cookbook collection.

Cookbooks have been written in almost every literate society. Amelia Simmons is credited with publishing the first American cookbook in Connecticut in 1796. The book was an American original and the first listed ingredient was cornmeal. More cookbooks followed in the 19th century, including the Virginia Housewife. However, these cookbooks were very different from the ones we use today. They did not give sizes of the dishes used in baking, the number of servings, temperatures, or the amount of flour to add. Cooks during this era added as much flour as needed until it felt correct.

With the advent of gas ranges and the first all-electric kitchen at the 1893 World’s Fair, cookbooks became more precise, evolving into the books we are familiar with today. The books we rely on are much more helpful. Recent additions to the BPL collection include The Neely's Celebration Cookbook by Pat and Gina Neely, Cooking Light Annual Recipes 2012, and Big Book of Cupcakes by Birmingham’s own Jan Moon. The library’s cookbooks can be found in the nonfiction section in call number 641.
By Tressa Fancher