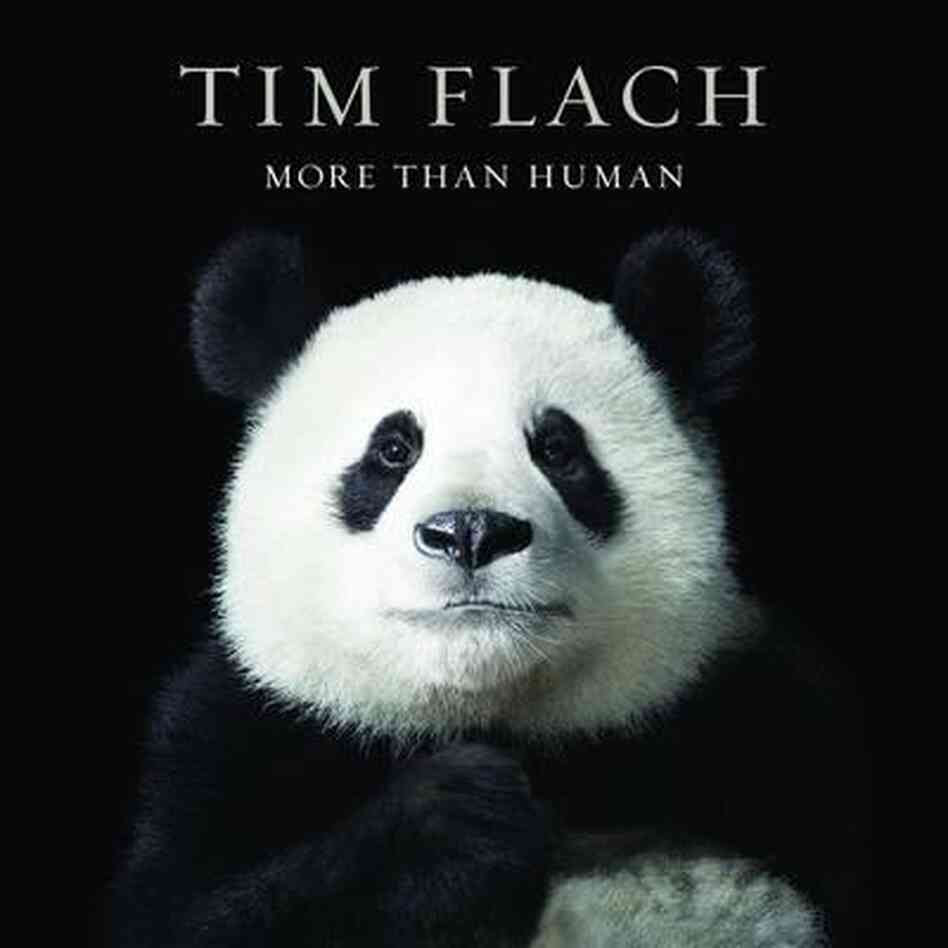 Scale is everything. So is perspective. By zeroing in on and blowing up detail, Tim Flach has with this book of animal photographs given us something new—he’s radically altered the conventions of animal pictures.

A brown mountain topped with fur. The back of a camel? No, a close-up of a small section of a fruit bat. The 24” X 12” size transforms the bat to the unrecognizable mountainscape. Once you learn it’s a fruit bat (by flipping to the index- no clues are on the page itself) you can go back to the photo and marvel at the structure, the veins, the cresting waves of hair. I’ve never seen this kind of detail before. It’s breathtaking, marvelous.

A chimp has his back turned to us. Unlike the blowup of the fruit bat, you know it’s a chimp right away, or at least you know it’s an ape. But the ultra-clear detail is still there, even at this scale. More than human? No, “quite human” seems a better phrase, so like a geriatric man stripped in the exam room, or a mental patient acting antisocial.

Giant white feathers on a black background. Like all the photos here, it’s only possible- maybe only conceivable- in a studio. All the photos in More Than Human are studio-specific, unapologetically studio resonant. Paradoxically, throughout the book, the artificiality of the studio enhances the natural textures, colors, grains of the animals. At this level of detail you can be amazed. Defiant stalks of white, thousands of v-formation lines jutting skyward, a superstructure of defiance and grace: a peafowl.

A 12” X 12” mouse with glowing green eyes, feet, nose, ears. It’s an unsettling picture, the creature apparently confused by its predicament. Why the green? A fluorescent gene is the answer. An unwitting poster for animal rights.

A looming giraffe—but not a giraffe. A seahorse. But so enlarged it looms like a giraffe, with a long neck and giraffe-like spots. In the end, a seahorse after all, with transparent fins, with an overall alien majesty.

Another12” X 12”. A shot of a very human hand, pink, with lifelines and all the rest. It’s actually a Bornean orangutan. I’ve seen thousands of orang pictures in my life, some that look human, none like this. Look at it again and it still looks human. At this resolution, the divide between ape and man falls away. Here, and throughout the book, there are newly-revealed correspondences between humans and animals, between animals and animals. We really are one, Flach seems to say.

An abstract-expressionist field of clear blues, bright whites, diaphanous folds. It is a bluefire jellyfish. Here, as elsewhere, even when you know what animal it is, you may still be swayed by your first impression. The jellyfish remains an AbEx painting.

A celestial being, specifically a celestial horse, a white angelhorse, floating, delicate, vulnerable. It’s slightly like the Star Child at the end of 2001, but it’s something other, more. A domestic horse embryo, day 85.

A Himalayan mountaintop covered with pure white snow set against the night sky. A detail of a domestic horse, this one long since born. A horse mountain, then.

A dog explodes in white dreadlocks. Then, on the facing page, it collapses in a dogless mound of white ropes. A Hungarian puli sheepdog, at play and at rest.

An unearthly talisman, a neat green package—a gold-rim swallowtail butterfly pupa. You are a mite looking up at this overwhelming creature. Then follows more pupas, more conundrums on succeeding pages.

A potto? A tarsier? Turns out to be a warning “face” on the body of a speckled emperor moth. You’d have never noticed the potto/moth similarities (check Google Images), but you will now.

A giant African millipede in actuality is still only a few inches long, but here it’s a sandworm from Arrakis, the Dune planet. Tiny mites hang onto the massive body like Fremen, feeding on its internal fluids.

A wall of elephant eye. Each individual eyelash is visible. A giant, faint gray scallop shell in the background- the ear? Has to be.

A tiger shakes off its water-laden head. Constellations of white droplets fill the night sky (the black studio background). Thin streams of spittle make Pollock lines all around.

A hill of fur, Mohawk in the middle. Two impish pink ears jut up, one on each side of the hill. The top of a mandrill’s head.

Cutesy-pastel cartoon face, only it’s literally the underside of a thornback skate. An ultra-cute floating space fairy: an axolotl, the size of your head.

How can a book sustain this? How can it continue to surprise, startle, challenge, provoke, defy, delight? These are Flach’s secrets and I don’t want to know them. I want the mystery intact in these surreal, hyperreal, superreal photographs. More Than Human on this, my second go through it, provides more amazement than the first time. Make it new, said Ezra Pound. Tim Flach has done that with animal photos. No matter how many animal pictures you’ve seen, you haven’t seen anything like this. Revelatory. 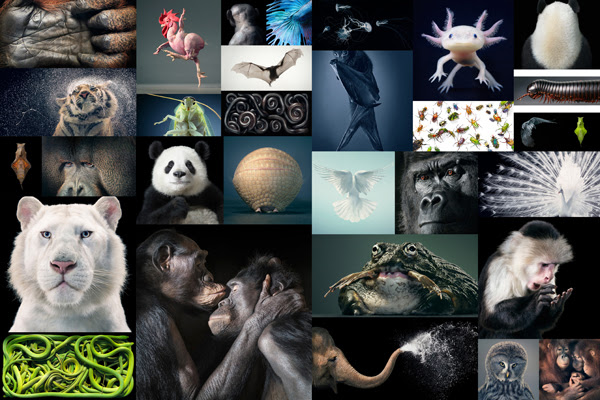