Youth Poets from Birmingham Prove Themselves at Chicago Poetry Competition

- August 13, 2013
A team of six Birmingham-area teens competed in the Brave New Voices International Youth Poetry Festival held August 7-11, 2013 in Chicago. Until this year, the competition has never had a team from Alabama. The teens decided to call their team “#KnowDisclaimer”. 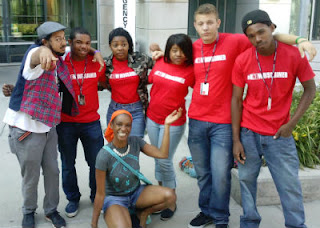 The project began when Birmingham Public Library Arts Literature and Sports Department Head Haruyo Miyagawa and John Paul Taylor, Founder and Executive Director of Real Life Poets, discussed ways to take an annual poetry competition titled WORD UP! to another level and decided to set their sights on Brave New Voices, a competition youth poets which has been in existence since 1998. 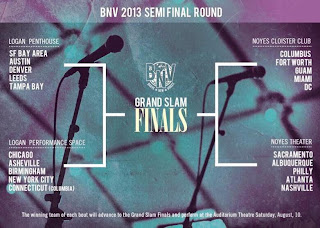 The Birmingham team finished in the top 20 out of a total of 50 teams - rare for a first time team.
They won the first bout against some heavy hitters such as Chicago, Toronto, and Milauwkee and  finished second in the second bout--they lost to New York. Eboni Wallace, the team vice-president, received three perfect 10’s for one of her performances, which helped the team get to the semi-finals.

The Birmingham team has been invited back to compete at next year’s Brave New Voices. 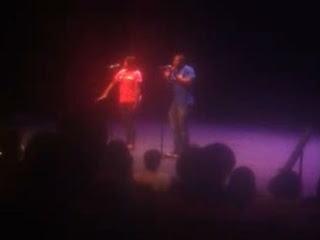 John Paul Taylor stated, "The 2013 Brave New Voices has been a life changing experience for the youth poets as well as the coaches and mentors.  #KnowDisclaimer represented Birmingham in a very history-making way. They not only won the very first bout but made it to the semi-final round which means #KnowDisclaimer is in the top 20 teams. The bigger picture in all of this is the level of leadership, maturity, and the ability to overcome the odds the team showed. They have laid a brilliant foundation for the youth poetry movement in Birmingham. Six young lives have been transformed due to the Power of Poetry! Many more will find their Voice." Taylor and spoken voice poet Alley Cat served as coaches for the team. 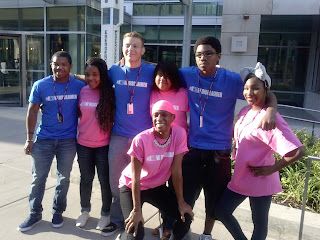 Several of the teens on team #KnowDisclaimer have already proven their mettle by winning in the annual WORD UP! poetry competition for Jefferson County (AL) high school students which is sponsored by the Public Libraries In Jefferson County and Real Life Poets, a non-profit creative writing organization based in Birmingham. The past WORD UP! winners making the team are Eboni Wallace, Tarrant High School (she has won first place in WORD UP! the past two years); Miaya Webster, Alabama School of Fine Arts (she placed third in this year’s WORD UP! competition); and Justin Wright, recent graduate of the International Baccalaureate (IB) Program at Shades Valley High School (he placed third in last year’s competition). Other members of the team are Chase Essary, International Baccalaureate graduate; Jacob Bryant, Huffman High School; and Jordan Montgomery, Minor High School.
By Allie