Centuries of Music in Small Packages 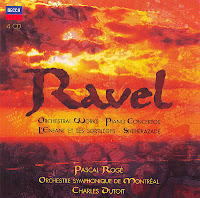 Though, like most people Bolero was the first Ravel music I remember hearing, the piece that overwhelmed me the most when I was young was Ma Mere l’Oye, or Mother Goose. In this enchanting work, Ravel lets the adult into the world of the child again. It’s not children’s music (although many children would probably like it). It’s an evocation of the child’s fantasy world, something that only a very sophisticated and refined adult like Ravel could have written. It never fails to let me into that small door and into that magical world, if only a little, even if I’m driving and listening to it on the radio. The relentless Bolero is also on this set, as is the left hand Piano Concerto and Pavane, a composition that, no many how many times you hear it, summons a regret and sense of loss that is inexhaustible-but that doesn’t make it any the less beautiful. The sound world of Ravel—often characterized by the evanescent and the ungraspable—is masterfully captured here by Charles Dutoit and the Montreal Orchestra. 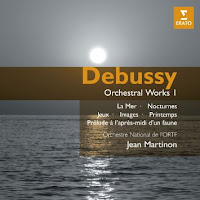 When you talk about musical Impressionists, you typically mention Ravel and Debussy first. There are other important composers of the era, but the two dominate it. Jean Martinon and the Orchestra National de l’ORTF released two volumes of Debussy’s pieces for orchestra of which this is the first. If you like this set, I won’t have to prod you to listen to the second. The performances here are rich and accomplished throughout. Debussy’s score for La Mer famously makes you feel the seawater’s spray. Prelude to the Afternoon of a Faun doesn’t just let you observe the mythological setting, it makes you feel it, makes it physical, just as La Mer flings the seawater on you. And yet so much of this is done by means of suggestion, indirect gestures, and oblique strategies. Like Ravel’s compositions, you can never exhaust them, you never tire of them. There’s a mistiness to Debussy’s work, but there’s also deliberate backbone. The music shifts a lot, but it has a resolute structure. It threatens to let harmony and regularity go, but it never quite does. 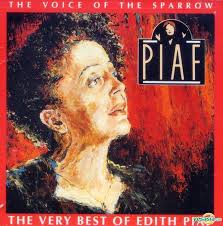 The Voice of the Sparrow: The Very Best of Edith Piaf
Capitol, 1991

The “little sparrow” might have referred to Edith Piaf’s small size, but it didn’t have anything do with her voice. She had a confident instrument, to say the least, and she could let it rip or, alternately, signal great vulnerability. But then it takes great strength to show such vulnerability. This collection contains what’s probably her most famous song, “La Vie En Rose” and other signature tracks such as “Non, Je Ne Regrette Rien.” French song is known for emotional restraint, but Piaf usually didn’t go that way. Think the French are standoffish? Listen to Edith. She had a lot of tragedy in her life, she had a big heart and she put that heart out there with no apologies.

I didn’t mean for all this blog to be Gallic-oriented. The next one couldn’t be less French, but it does have something in common with the Impressionists’ indirect approach. 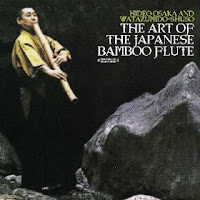 The Art of the Japanese Bamboo Flute
Legacy International, 198-

The Japanese bamboo flute, or shakuhachi, goes back to the 8th century AD. Information on this cd was hard to track down, but it’s a top notch one in terms of music. The record apparently contains performances by two master players and was recorded in the fifties. The recording quality is good but not great, about what you’d expect from a world music record from that time. The performances, however, are astonishing. Much of the music here is from the Zen Buddhist tradition and therefore it is concerned with expressing meditative states of mind, immediate insights and a mode where silence is as important as sound. The shakuhachi is capable of making a very wide range of sounds, from the calm to the fierce. Much of the music here is a great antidote to the stresses of the everyday world, but it isn’t only therapeutic, it’s spiritually profound. And so it does what, for example, New Age music aspires to do but almost never achieves. But then, the shakuhachi players have a centuries-long head start.