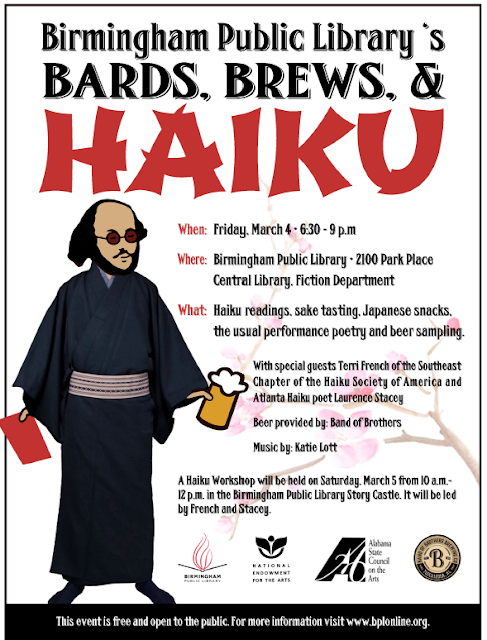 Join us for Bards, Brews, & Haiku on March 4 at the Central Library.

Its an open mic event but there will be some haiku poets on hand for the event, including Terri French from Huntsville and Laurence Stacey from Atlanta.

There will be saké tasting along with beer from Band of Brothers. Katie Lott will be performing some musical selections beginning at 6:30 p.m. and Voice Porter will take over the mic at 7:00 p.m. to emcee an evening of poetry and haiku!
By Allie