Passport Applications Available @BPL: Should I get a passport book, a passport card, or both? 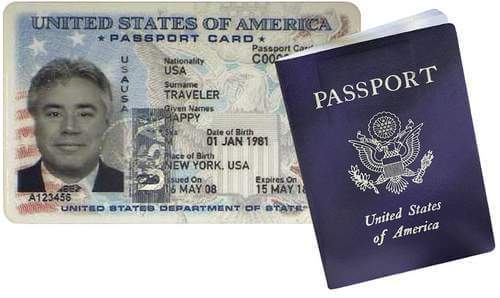 By Lynn Hutchins | Citizen Services, Central Library
What: Birmingham Public Library open and accepting passport applications
When: Monday – Friday 9:00 a.m. - 3:30 p.m.; Saturday by appointment only
Where: Central Library, 2100 Park Place, 35203, and by appointment only at the Five Points West Regional Branch Library, 4812 Avenue West, 35208
For a list of everything you need to bring or to schedule an appointment, call the Central Branch at 205-226-3705 or the Five Points West Branch at 205-226-4013.
Birmingham, Ala. - The U.S. State Department issues two versions of a passport: a traditional passport book and a passport card. While both can be used as forms of ID when traveling, the passport card has some restrictions.
Deciding which is best for you boils down to where you’re traveling, how frequently you travel, and your budget. The standard passport book covers all the bases. The book has everything the U.S. government requires for international travel by air, sea, or land.
The passport card is less flexible. According to the U.S. Department of State, “The passport card was designed for the specific needs of northern and southern U.S. border communities with residents that cross the border frequently by land.”
If you are a frequent traveler to Canada or Mexico by land or sea, then the passport card can be a budget-friendly option.
The passport card can be used only for entering the United States at land border crossings and sea ports-of-entry from:
• Canada
• Mexico
• The Caribbean
• Bermuda
The passport card cannot be used for international air travel. It’s much more useful to have a passport book than a passport card in most cases where you plan to travel internationally.
But if your international travel consists entirely of surface trips in the limited areas covered by the passport card, the card is cheaper and more convenient to carry and use versus the passport book. If your travel plans fit the limitations of the passport card, then it is a budget-friendly option.
Passport books and passport cards are both valid for 10 years after issue for adults, and five years for travelers under age 16. Both the passport card and passport book are proof of your U.S. citizenship and identity.
Visit the State Department’s website, www.state.gov,  for complete details and an application form.
When you are ready to travel, you can take the first steps by applying for a passport at the Birmingham Public Library.
For a list of everything you need to bring or to schedule an appointment, call the Central Library at 205-226-3705 or the Five Points West Regional Branch at 205-226-4013.
By Roy L. Williams