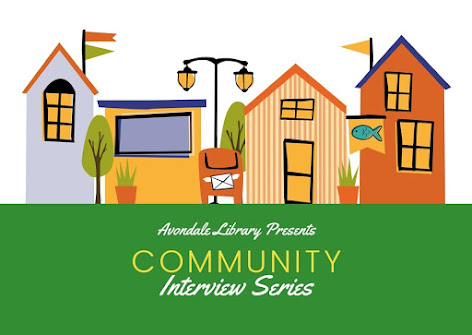 By Joan Inman | Avondale Regional Branch Library
Beginning next week, the Avondale Regional Branch Library Adult Department’s interview series returns.
Started last fall as the Avondale Neighborhood Interview Series, this time facilitator Joan Inman of Avondale Library is calling the weekly sessions taking place every Monday during the month of February the Avondale Community Interview Series. Each week, Inman will interview representatives of non-profits, small business owners, authors and artists in Avondale and the surrounding communities.
The Avondale Community Interview Series will kick off the Birmingham Public Library’s Black History Month programs with a virtual interview of Tony Christon-Walker, author of "Fatherhood: Walking in Truth." The interview will be at 10:00 a.m. Monday, February 1, on the Avondale Library Facebook page. Christon-Walker is the director of Prevention and Community Partnerships at AIDS Alabama.
Pre-recorded last August as a conversation between friends, Inman and Christon-Walker discuss his debut novel “Fatherhood: Walking in Truth,” a fictional account based on his lived experiences as a Black, gay man who grew up in the 1970s and 1980s in Alabama. Click here for information about the book (Christon-Walker donated two copies to the Avondale Library and Central Library) 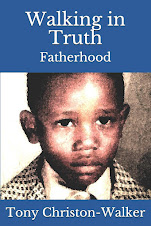 The first in a trilogy, “Fatherhood” tackles topics such as adolescence, dating, parenthood, and self-discovery. The interview also includes Christon-Walker’s advice for aspiring writers, his message of connecting during 2021, an update on AIDS Alabama and how others can help the organization during this time.
Each interview will post every Monday at 10:00 a.m. on the Avondale Library Facebook page
The February interviews are as follows:
Monday, February 1: Author Tony Christon-Walker, "Fatherhood: Walking in Truth," Director of Prevention & Community Partnerships at AIDS Alabama.
Monday, February 8: Jessica Moody, Director of Programs, Create Birmingham
Monday, February 15: Lisa Yeager, Program Director of STAIR
Monday, February 22: Rachel Bayerle and Nicole Putman, owners of Charm on 2nd
Hosted by Avondale Library’s Inman, the series is in conjunction with the library’s mission to create community partnership within the neighborhood, promote the spectacular public services in the area, and to discuss how others are operating both professionally and personally during the COVID-19 pandemic.
Click here for details on what inspired Inman to start this interview series last July.
By Roy L. Williams