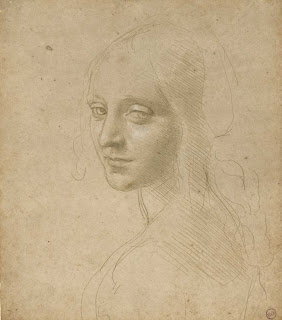 "The most beautiful drawing in the world"—
the preparatory sketch of the angel for Leonardo's Madonna of the Rocks
The Birmingham Museum of Art will host one of the most significant groups of drawings by Leonardo da Vinci to be loaned to a U.S. museum by the Biblioteca Reale (Royal Library) in Turin, Italy, from September 28 through November 9, 2008.

Organized by the BMA, the exhibition "Leonardo da Vinci: Drawings from the Biblioteca Reale in Turin" encompasses one of Leonardo's most celebrated notebooks—the Codex on the Flight of Birds—and eleven important drawings, including one described by Bernard Berenson as the "most beautiful drawing in the world."

The drawings have never before traveled as a group nor in their entirety been made available outside of Italy.

Feed your body and mind at BPL's Brown Bag Programs. You bring the lunch and we'll bring the drinks. There is no charge for these programs.
By Tressa Fancher