Levi Stubbs and the Motown Sound 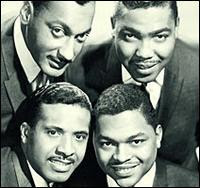 One of the signature voices of the Motown era was lost on Friday. Levi Stubbs, lead singer of The Four Tops, died October 17 at his home in Detroit. Stubbs, age 72, was one of two surviving members of The Four Tops along with Abdul Fakir. Renaldo Benson died in 2005 and Lawrence Payton died in 1997. Stubbs’ famous voice was also heard by many as Audrey the man-eating plant in the film Little Shop of Horrors.

The group formed in Detroit in 1953 as The Four Aims. They were the opening act or sang backup for artists such as Count Basie, Della Reese, and Billy Eckstine. In 1956, they changed their name to The Four Tops and recorded their first single. After recording for several labels during the 1950s, they signed with Motown in 1963. Their first Motown hit, “Baby I Need Your Loving,” was recorded in 1964. They reached the top of the Billboard chart for the next two years with the songs “I Can’t Help Myself” and “Reach Out I’ll Be There.” With a career spanning several decades, they charted their last Top 40 hit in 1988 with the song “Indestructible.” Two years later they were inducted into the Rock and Roll Hall of Fame.

Although I’m a member of Generation X, The Four Tops was one of my favorite groups. It was so exciting to have them perform at City Stages back in the early ‘90s. I watched the entire set from the time they came onstage until they said good night. Their outstanding performance included all their signature dance moves. I’m so glad I had an opportunity to see them in person. Levi Stubbs, one of the many great voices of Motown, will be missed.
By G. Jones