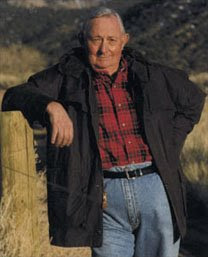 Tony Hillerman was known to readers for having written detective stories with the unusual plot setting of North American lands in the southwestern United States. The setting only enhances the twists and turns of the plotline. Hillerman used two detectives, Joe Leaphorn and Jim Chee, to offer more insight into the issue of Native Americans who lived in a modern Anglo-American world, while valuing Native American culture and values. In the stories, Navajo Indians are tribal policemen who guide readers through police procedure.

Tony Hillerman was born in Sacred Heart, Oklahoma in 1925. He spent his childhood surrounded by Native Americans and their culture, which later impacted the focus of his work. While in New Mexico, he worked as a journalist until age 40. Hillerman though, had a desire to write fiction.

Hillerman’s first novel, The Blessing Way, was published in 1970. Tony Hillerman’s later titles all reflect Native American cultural traditions. Dance Hall of the Dead was published in 1973 and received the Edgar Allen Poe from the Mystery Writers of America. Hillerman also wrote The Fly on the Wall, a novel about political intrigue and murder. The book did not involve Native Americans.

By the 21st century, Hillerman was regarded as a bestselling writer. His memoir, Seldom Disappointed, won the 2001 Agatha Award for the Best Nonfiction Book of the Year. He has also been president of the Mystery Writers of America.

Please visit The Literary Reference Center for more information. You will need a library card to access this database.
By Leslie Deason