A Farewell to Don Hewitt 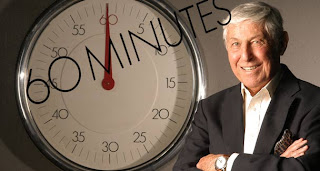 When someone asked Don Hewitt about the secret to the success of "60 Minutes," he would answer, “Tell me a story.” And he did.

The creator of the long-running news magazine series even wrote about it in Tell Me a Story: Fifty Years. But on Wednesday, Hewitt succumbed to his battle with pancreatic cancer at age 86. He was reportedly surrounded by family at his home in .

Having a journalism background, I was influenced by news pioneers such as Hewitt, Walter Cronkite and Edward R. Murrow. They weren’t flashy. They weren’t even handsome in today’s news anchor standards. But they were authentic. It was storytelling, pure and simple. It was brilliant.

As a reporter, I learned to be tenacious in my pursuit of the truth and tell it with eloquence. It is one place where passion and compassion merge. After all, truth without heart is just harsh. That’s how you win awards as a journalist. Hewitt should know. He won eight Emmy and two awards.

As a storyteller, you don’t so much worry about the pursuit of truth. It’s the imagination you’re after. The heart of storytelling is engaging your audience. Whether it is a group of preschoolers or a group of schooled professors, a good storyteller brings them into the tale and leaves them asking, “What happened next?”

So we bid farewell to one brilliant newsman, one insightful broadcast news pioneer. And as we commence our storytime season, we’ll meet young Hewitts and Cronkites and Murrows. They’ll sit in front of us and utter those four words every child knows. “Tell me a story.”

Other works by Don Hewitt: Minute by Minute

Tonya said…
This is a great and brilliant article. I would love to see this kind of writing in the Birmingham News in the Editorial section.
6:07 PM