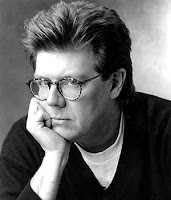 Most of the movies Hughes made about teenage angst came out when I was a teenager. Even though I came from a different cultural background than the kids in the movies, I could relate to everything they were going through. My favorite movie was The Breakfast Club. I'm not a person who collects movies, but I liked The Breakfast Club so much that I bought it. “...what we found out is that each one of us is a brain, and an athlete, and a basket case, a princess, and a criminal. Does that answer your question? Sincerely Yours, The Breakfast Club.”
The strength of John Hughes and the reason I love the movie so much is that it's universal. I didn't grow up in the Chicago suburbs like the kids in the movie, but I knew all those kids. I felt a lot like Brian (Anthony Michael Hall) when I was in high school. We all knew those kids and some of us were those kids, which is why the movie had such an impact. Furthermore, the strength of the movie is the lesson it taught. Take five very different people, give them an opportunity to get to know one another, and you find out you have a lot more in common than you thought. That lesson applies across all ages, cultures, and socioeconomic backgrounds. John Hughes didn't just make us laugh in his movies, he made us think as well. Thanks, John.
By G. Jones

cheryl said…
I have to echo the comment on how the movies of John Hughes became a "How to ..." guide for every kid growing up in the eighties. I can remember renting sixteen candles over and over and being able to recite Molly Ringwald's lines verbatim. His movies gave us hope that as awkward as high school was, that maybe in the end we all would get our Jake Ryan. Bravo, John Hughes!
12:18 PM

deals said…
The strength of John Hughes and the reason I love the movie so much is that it's universal.
12:29 AM

Tressa Fancher said…
I had forgotten that Hughes was responsible for another '80s fave of mine: She's Having a Baby. I really did grow up with Hughes.
10:40 AM