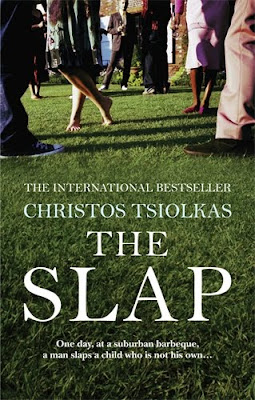 Well, with a title like The Slap, how could it not? I'm an opinionated person, and Australian writer Christos Tsiolkas' book sounds like something that could make me debate for hours. In fact, The Slap has sparked heated discussions across Australia since it was published in 2008.

The Slap narrates the point-of-view stories of a group of eight people who attended a barbecue where a man slapped a three-year-old child who was not his. The story touches on middle-class values, racism, machismo, domestic violence, and envy; it questions the loyalty of friends and family alike. The book has been accused of being misogynistic, but Tsiolkas explains that it's not the book that's misogynistic, but the "infantile men" in the book that are misogynistic.

The Slap has won five prizes and been short- and longlisted for several others.

Here is the longlist of Man Booker Prize 2010 nominees. The shortlist will be announced on September 7 and the winner on October 12.