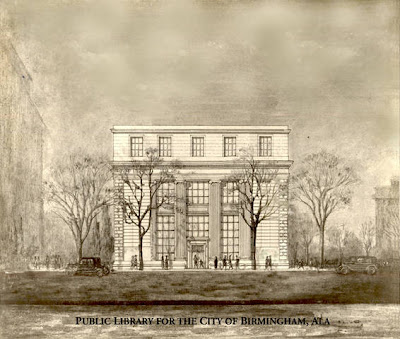 We are pleased to announce the Birmingham Public Library Archives has launched its own Facebook page. The Archives page will feature photographs from the collection, personal letters, diary entries, artwork, memorabilia and documents from Birmingham’s history including the founding of the city and the Civil Rights Movement. Also, we’ll announce lectures, book signings, and other events on our page. In the coming months we will feature pages from the diary of Birmingham attorney and Glen Iris resident James Gillespy (1856-1920). For 20 years, Mr. Gillespy faithfully recorded the rituals of his life—both eventful and mundane. Likewise, we’ll be featuring photographs from neighborhoods around the Birmingham metro area from the last century.

Go to www.facebook.com/BirminghamArchives to “like” our page and start reading our news!