Book Review: She: The Old Woman Who Took Over My Life 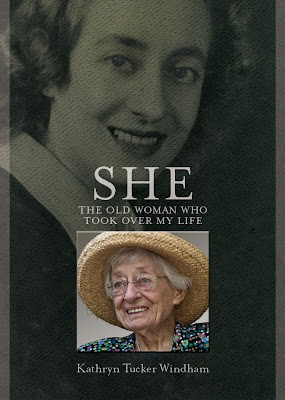 Windham’s physical limitations affected and disturbed her most, and the blame is placed squarely on She. Windham had to stop driving (when she was 91), stop going to church, begin using a cane, and begin using magnifying eyeglasses. She also began taking more medicine, and she used the green prescription bottles to make a Christmas garland. When she discovered her height had been reduced by two inches, Windham stored non-perishable food in her oven so she could reach it better.

She and Windham’s reminiscences are wonderful memories of Windham’s childhood in the town of Thomasville, Alabama, and her later years in Selma. The two argue about unfinished projects, memory, and cooking. They do agree on some things, such as the value of long naps.

Windham addresses her aging with the humor and grace that characterize all of her work. She is a fitting final visit with Alabama’s master storyteller.