Book Review: The Monster of Florence 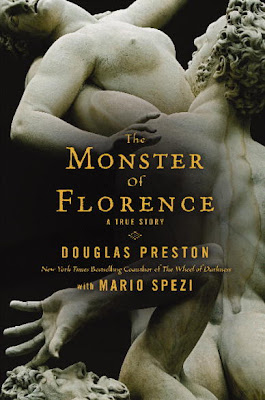 The Monster of Florence
Douglas Preston and Mario Spezi

True crime writing craves a great setting for a great crime. The Zodiac Killer and San Francisco, Boston and its Strangler, and London’s Jack the Ripper are all intertwined in popular imagination. And, while many know the fictional character Hannibal Lector (and some will recall his murderous career in Florence, Italy), few outside of Italy know of the terrible inspiration for Hannibal, Il Mostro, the Monster of Florence.

Douglas Preston is best known for writing over a dozen popular crime novels with Lincoln Child—novels such as Relic and Cemetery Dance. In 2000 he moved to Florence, Italy, to write another crime novel set in Tuscany. He and his family settled into an idyllic villa on a Florentine hillside surrounded by olive groves. Almost immediately he learned that a couple had been brutally murdered merely yards from his doorstep. True to his instincts as a crime writer, he set out to learn more.

When Preston met Mario Spezi he could not have hoped to have found a more knowledgeable source, a prominent journalist with a background of covering high-profile Mafia and terrorism cases. Spezi was already tethered to this case which turned out to be much larger than Preston could have expected. Between 1968 and 1985 eight couples were murdered as they made love in their cars in various cul-de-sacs on the hillsides surrounding Florence. Each victim was shot in the head and afterwards the female victims’ sexual organs were mutilated.

Tossing his new novel project aside, Preston teamed with Spezi (the “Monsterologist”) to chronicle this investigation. If the serial killings were not bizarre enough, the investigation was bizarre as well with many unexpected twists and turns. With massive media coverage the general public was whipped into a frenzy of genuine fear and in some instances self-aggrandizing melodrama. Many insisted on having figured out the identity of the Monster leaving the authorities with the frustration of sifting through seemingly endless dead-ends. Prosecutors and the judicial system in general faltered as well. Four local men were charged and held only to be finally released. A series of ego-driven prosecutors seemed more attuned to their own careers and fame than to the pure investigation of the case itself. Ultimately Douglas Preston and Mario Spezi were implicated themselves. Giuliano Mignini, a powerful state prosecutor, ordered Preston to leave the country or otherwise be arrested. The following day Spezi was arrested and detained in solitaire for 23 grueling days while his wife endured the shame and helplessness of their home being ransacked twice by police with no helpful information available. One cannot help but wonder if the serial killer was the only Monster in this case.

Like Truman Capote’s In Cold Blood, The Monster of Florence reads much like a novel, but the structure is unusual. The first half of the book is from Mario Spezi’s point of view. The second half offers Preston’s. The reader is deeply immersed in the story and vicariously goes through all the thrills, chills and suspense. It also achieves a literary status as a nonfiction piece somewhat in the tradition of John Berendt’s Midnight in the Garden of Good and Evil or Erik Larson’s The Devil in the White City. It does for Florence what John Berendt’s book The City of Falling Angels does for Venice; one learns about the everyday life and values of a world-historic city. These books offer invaluable background material for planning a visit to these locations. The Monster of Florence even offers up fine and proven restaurant recommendations.

However you ponder learning more about Florence, do so. Read about the sweet life in Under the Tuscan Sun, but beware that under a full moon, a monster roamed the Tuscan hills, a monster still at large.

You will never forget the Monster of Florence. 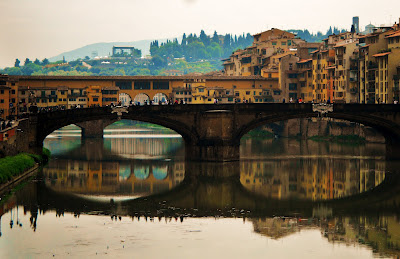 The City of Falling Angels by John Berendt

The Devil in the White City by Erik Larson

Hannibal by Thomas Harris
(also available on DVD as Hannibal)

In Cold Blood by Truman Capote
(also available on DVD as In Cold Blood, Capote, Infamous) 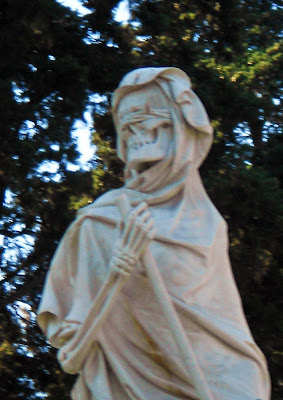