The Beijing Olympics was one of the most exciting I have ever witnessed.  Michael Phelps made history by winning eight gold medals, the most at a single Olympics.  His fourteen career gold medals make him the most decorated Olympic gold medalist in history.  Usain Bolt simply dominated track and field in Beijing breaking world records in the 100 and 200m races and the 400m relay.  As the London Olympics approaches, expectations are high for both athletes to add to their collection of gold medals.

This year, Phelps and Bolt are expected to face serious challenges from their own teammates.  At Jamaica’s Olympic trials, Yohan Blake defeated Usain Bolt in the 100 and 200m finals.   At the U.S. Olympic swim trials, Ryan Lochte beat Michael Phelps in the 400m Individual Medley and came in a close second in the 200m IM.  In addition to teammates performing at such a high level, Bolt and Phelps must contend with what the rest of the world has to offer.

Team USA has the opportunity to three-peat in several different sports.  With his performances in Athens and Beijing, Michael Phelps could win three straight gold medals in several events.  The women of Team USA are particularly strong with chances to win a third goal medal in soccer, beach volleyball, and the women’s all-around in gymnastics.  Team USA also has a chance to bring home a third goal medal in equestrian team show jumping. 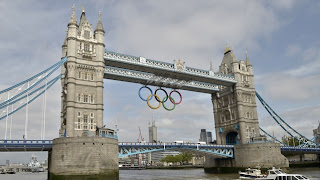