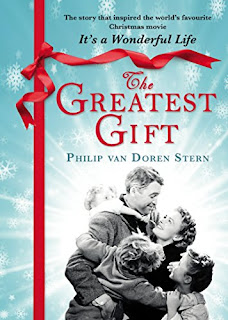 In 1943, author and editor Philip Van Doren Stern completed a short story that had come to him in a dream. Unable to find a publisher but wanting to share it, he had it printed into booklets and mailed it out as a Christmas card to his friends.

This little story, which he called "The Greatest Gift," eventually found its way to Frank Capra and became the basis for the classic film It's a Wonderful Life. Capra declared it was the story he had been waiting for all his life.

It’s a Wonderful Life opened to mixed reviews and flopped at the box office, but was later nominated for five academy awards, including Best Picture. The film was largely forgotten until decades later when, although not originally considered a Christmas film, It’s a Wonderful Life became a television staple of the Christmas season in the late 1970s and gradually came to be regarded as a beloved Christmas classic.

The American Film Institute recognized It’s a Wonderful Life as one of the 100 greatest American films ever made and ranked it the number one most inspirational American film of all time.

Celebrate Christmas in Bedford Falls with us at the Avondale Library on Sunday, December 13, at 2:30 p.m., with an Adaptations screening party. The program is free and light refreshments are provided.