- December 17, 2015
Central Library’s Arts, Literature and Sports Department has an amazing collection of music CDs, as you may know if you’ve been reading my ongoing series of blog articles. So here’s more from that bumpy, horn-shaped font of all musical knowledge. 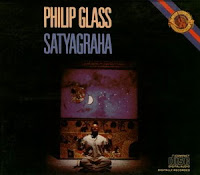 Satyagraha / Philip Glass, 1985
A 3-CD long opera in Sanskrit based on the early life of Mohandas Gandhi featuring characters that influenced and whom Gandhi influenced, namely MLK. The words are derived from the Hindu religious text the Bhagavad Gita. Sounds like an unlikely opera, right? I thought so, too, when I first heard about it. How was I to know that I would find it as accessible as most any opera music I’d ever heard? Like my norm, I don’t usually follow the libretto (which oddly enough sounds vaguely Italian), preferring to let the music-flowing, meditative, rapturous, full of lovely droning—put me in emotional states associated with those adjectives. Who could have guessed that a story about holding onto truth and passive resistance could be so dramatic and sensuous? 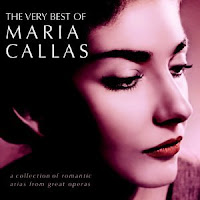 The Very Best Of Maria Callas, 2002
There’s no opera singer I like more than Maria Callas. Part of what makes her special is that she sung opera as if it was theatre, bringing that element to the forefront where it often hadn’t been before her. This theatricality gave her singing a sense of urgency that I really enjoy. This collection of opera excerpts is my favorite Callas record and the best into to her I know of. Joy, tragedy, despair, defeat, and defiance are all here and much more on the emotional palette. The women she plays have definitely been through the shockwaves of human life. Not only an excellent Callas intro, but an excellent opera intro as well. 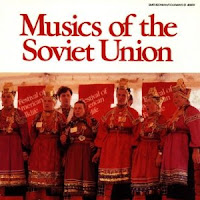 Musics Of The Soviet Union, 1989
This survey, released toward the end of the USSR, contains multitudes. It’s poignant that such a dreary place couldn’t fully suppress such a large array of spirited musical traditions. Lithuanian lullabies, Estonian bagpiping, Arab-inflected Mugam music from Azerbaijan, polyphonic Georgian singing (the musical equivalent to the stoutest beer you’ve ever tasted), Tuvan throat singing (where a singer can sound two tones simultaneously), just to name some. It’s a hearty and even dizzying mix and it shows that the old Soviet Union was more a continent than a country. The old Bear, despite holding up Russians as the ethnic group for everyone to aspire to, somehow still allowed some good things to go under the radar, one of which was ethnic music. 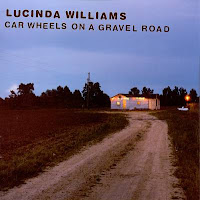 Car Wheels On A Gravel Road / Lucinda Williams
Lucinda Williams exhausted nearly everyone’s patience when she made this record, going through producers and musicians in a long, determined mission to get the sound and the songs just right. For once perfectionism didn’t kill off completion. It wasn’t her first (no one would’ve allowed a newcomer to fight a war like that) but it was her best, and remains so. It’s interesting the way the reviewers couldn’t come up with any consensus of what the music was, calling it blues, rock, country, folk. You can look at the categories on our catalog for a bit of that: folk, country, country-folk. There was, however, agreement as to how good it was. It was probably the most praised record of its year, genre not tripping it up after all. Forgetting genre, it’s plain vital popular music and a sort of ultimate Southern album. I could recommend it to anyone who likes their music rootsy. I also like that label-blurring hubcap/dobro/car wheel design on the disc itself.