With Heavy Traffic Anticipated, Smithfield Library Will Be Closed December 30 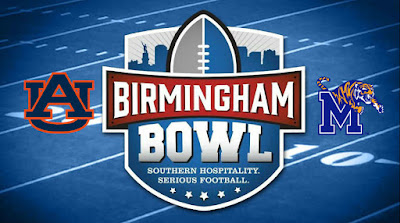 The Smithfield Library will be closed Wednesday, December 30, due to the anticipated large crowds expected for the Birmingham Bowl taking place at nearby Legion Field. The football game featuring the in-state Auburn Tigers vs. the Memphis Tigers kicks off at 11:00 a.m.

“When large events are held at Legion Field, our staff and library patrons usually have some degree of difficulty in getting to the Smithfield branch. With all of the excitement focused on the Birmingham Bowl, and especially with our own Auburn Tigers as one of the featured teams, our board agreed to close the facility for the big game,” stated library Director Angela Fisher Hall.

All other 18 locations in the Birmingham Public Library (BPL) system will be open as normal on Wednesday. Smithfield Library will reopen during regular business hours on Thursday, December 31. All of the BPL’s 19 locations will close on Friday, January 1, 2016, in observance of New Year’s Day. Libraries with weekend hours will open during their normal business hours on Saturday and Sunday, January 2-3, 2016.
By Tressa Fancher