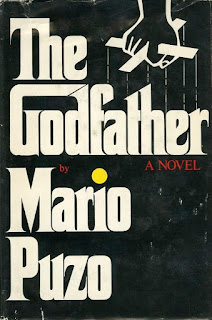 I read this novel because I’d seen the movie of the same name many times and wanted to further explore this sinister mafia world. But you need have no interest in the movie (or the sequels) to like this. It’s a world unto itself. The story has a powerful drive and captures you fully. Don Corleone, his family, and his henchmen command a world of lived-in evil. It’s oddly invigorating to journey in this world, knowing somewhere back in your head it’s not real and you can go back to the relatively ethical real world at any time. That is, you can leave if you can stop reading, which a lot harder than you’d think.

The main reason I read this is I wanted to know more about the characters than the first movie covered. It of course provided this depth, as well as introducing me to characters that didn’t appear in that movie. It’s also fun to pull out the novel after I’ve watched the movie, skip to a certain section and read the novel counterpart to a favorite scene or two. I’m sure that on some level these and other parts of the novel have altered the way I watch the movie, but I’m not very aware of this. But the novel re-reading does fuel my drive to re-watch the movie. This never gets confusing, it just gets richer. These feedback loops keep doing their work and I keep feeding them. I don’t ever get enough of The Godfather (book or film); I just get enough for now.
By Tressa Fancher