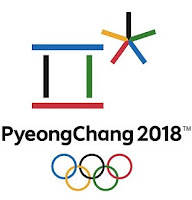 After four long years, athletes from around the world have gathered to compete on the biggest stage in winter sports. The world's best skiers, snowboarders, hockey players, bobsledders, lugers, figure skaters, speed skaters, and other winter athletes have converged on South Korea to put all their years of training to the test in hopes of winning a gold medal. Although the Summer Olympics are my favorite, I really enjoy watching the Winter Olympics because of the speed and skill involved in so many of the events. Watching someone race downhill at 75 MPH while absorbing all the bumps and icy patches of a mountain slope is really exciting and impressive. I can't help but be drawn to the talent of these outstanding athletes.

If you love the Winter Olympics, the library has a number of materials that you may like to check out to enjoy while watching the competition in South Korea. In addition, there is a subject guide on the Olympic Games which includes a list of books, websites, and DVDs that you may also find interesting. Here is a selection of titles that we have available at the library. The descriptions are from the publishers. Go TEAM USA!!! 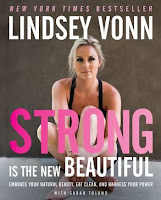 Strong is the New Beautiful / Lindsey Vonn
Olympic Alpine skier Lindsey Vonn wants women to stop thinking about "losing weight fast," and instead focus on loving their bodies for what they are and what they can do. Lindsey is a small-town Minnesota girl at heart turned world-champion skier, but that didn't come without hard work. In Strong Is the New Beautiful, Lindsey lays out the never-before-seen training routines and her overall philosophy that have helped her become the best female skier in the world--tailored for women of all shapes and sizes. Lindsey backs up her fitness program with advice on what to eat and how to work out, and kicks readers into high-gear, helping bolster their self-confidence and build a better body image, with the tips and tricks she's learned as a pro.

Speed Kings: The 1932 Winter Olympics and the Fastest Men in the World / Andy Bull
In the 1930s, as the world hurtled toward war, speed was all the rage. Bobsledding, the fastest and most thrilling way to travel on land, had become a sensation. Exotic, exciting, and brutally dangerous, it was the must-see event of the 1932 Winter Olympics at Lake Placid, the first Winter Games on American soil. Bobsledding required exceptional skill and extraordinary courage qualities the American team had in abundance.  There was Jay O Brien, the high-society playboy; Tippy Grey, a scandal-prone Hollywood has-been; Eddie Eagan, world champion heavyweight boxer and Rhodes Scholar; and the charismatic Billy Fiske, the true heart of the team, despite being barely out of his teens. In the thick of the Great Depression, the nation was gripped by the story of these four men, their battle against jealous locals, treacherous U.S. officials, and the very same German athletes they would be fighting against in the war only a few short years later.

The Fall Line: America's Rise to Ski Racing's Summit / Nathaniel Vinton
Harnessing nature's most powerful forces, elite downhillers descend icy, rugged slopes at speeds cresting 90 miles per hour. For decades, American skiers struggled to match their European counterparts, and until this century the US Ski Team could not claim a lasting foothold on the roof of the Alps, where the sport's legends are born.  Then came a fledgling class of American racers that disrupted the Alpine racing world order. Led by Bode Miller and Lindsey Vonn, Julia Mancuso and Ted Ligety, this band of iconoclasts made a place for their country on some of the world's most prestigious race courses. Even as new technology amplified the sport's inherent danger, the US Ski Team learned how to win, and they changed downhill racing forever.  Drawing on more than a decade of research and candid interviews with some of the sport's most elusive figures, award-winning journalist Nathaniel Vinton reveals the untold story of how skiers like Vonn and Miller, and their peers and rivals, fought for supremacy at the Olympic Winter Games.

The Crash Reel (DVD)
The epic rivalry between half-pipe legends Kevin Pearce and Shaun White is documented in this exhilarating ride into the world of extreme snowboarding. With both practicing more and more breathtaking and dangerous tricks leading up to the Vancouver Winter Olympics, everything suddenly changes for Kevin when a horrific crash leaves him fighting for his life. When he recovers, all he wants to do is get on his snowboard again, even though medics and family fear it could kill him.