This year’s Academy Award winner for best picture, Green Book, tells the story of an African American man and a white man traveling together in the 1960s segregated South. The inspiration for the film’s title is a little pocket size book that was well known to black Americans of the time.

The Negro Motorist Green Book was a travel guide for African Americans published in New York from 1936 to 1966 and distributed throughout the country. Known simply as The Green Book, the guide helped black people who were taking trips find hotels, restaurants, and other businesses that welcomed black customers. Many white owned businesses in the South and throughout the United States did not serve African Americans. For a black traveler in an unfamiliar town or city, walking into such an establishment could be embarrassing or even dangerous. The Green Book and other guides like it (similar books were published for Jewish Americans) helped marginalized people tour their own country with an added sense of comfort and safety. 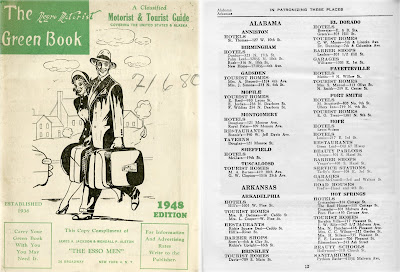 This copy of the 1948 Green Book, originally found in the office files of the African American newspaper the Birmingham World, is preserved in the collections of the Birmingham Public Library Archives.