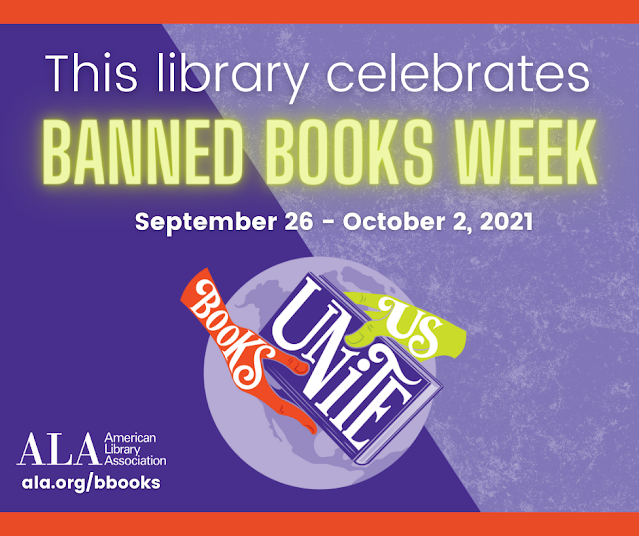 With instant access to information and communication, The First Amendment, or the Freedom to Speech, and censorship pops up a lot in conversations these days.

This is a topic that libraries are well acquainted with.

In fact, it was a librarian who founded Banned Books Week.

Back in 1967, The American Library Association (ALA) formed its chapter of the Office for Intellectual Freedom (OIF) after the OIF expressed that libraries need to protect books from censorship at the 1965 Midwinter Meeting preconference in Washington, DC.

With Judith F. Krug (a librarian, freedom of speech advocate, and critic of censorship) as the Director of ALA’s OIF, she co-created the Banned Books Week in 1982.

This divisive week responded to the surge of books challenged in schools, bookstores, and libraries since the ALA formed its chapter of OIF.

She created Banned Books Week to raise awareness that groups were challenging literature and to celebrate our freedom to read. 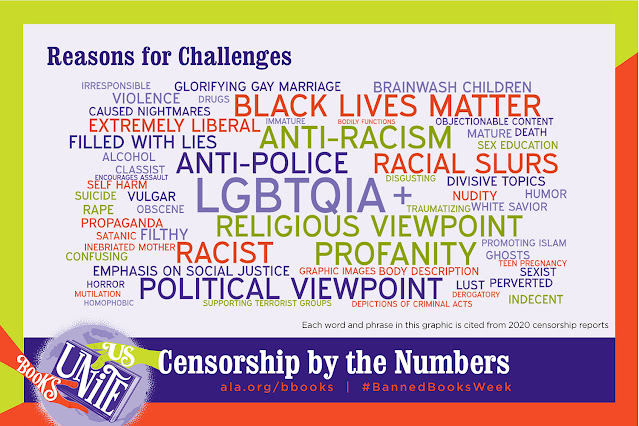 In a win for libraries, the 1982 Island Trees School District v. Pico Supreme Court case ruled that school officials cannot ban books in libraries solely because of the content.

Regardless of this ruling, hundreds of books are still challenged every year.

As society progresses, it seems natural to remove books and films that no longer reflect our ideas.

Books filled with opinions that are considered hate speech do exist.

However, even if you believe in removing those books, the most challenged and banned books are the ones that advocate for social justice and are from the perspectives of Black, Indigenous, LGBTQUIA+ peoples, and other marginalized communities.

In the spirt of Judith Krug, 2021's Banned Books Week theme is "Books unite us. Censorship divides us." 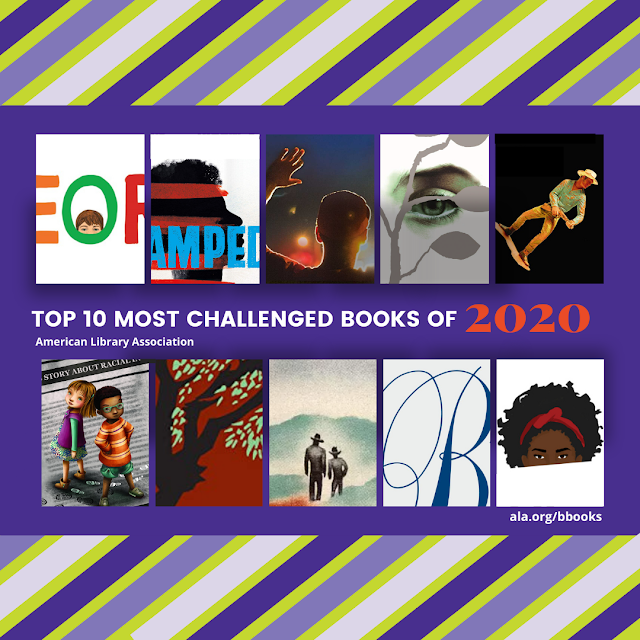 Exercise your freedom to read by exploring "The Top 10 Challenged Books of 2020" from the ALA at the Birmingham Public Library.

Reasons: Challenged, banned, and restricted for LGBTQIA+ content, conflicting with a religious viewpoint, and not reflecting “the values of our community”

2) Stamped: Racism, Antiracism, and You by Ibram X. Kendi and Jason Reynolds

Reasons: Banned and challenged because of author’s public statements, and because of claims that the book contains “selective storytelling incidents” and does not encompass racism against all people

3) All American Boys by Jason Reynolds and Brendan Kiely

Reasons: Banned and challenged for profanity, drug use, and alcoholism, and because it was thought to promote anti-police views, contain divisive topics, and be “too much of a sensitive matter right now”

Reasons: Banned, challenged, and restricted because it was thought to contain a political viewpoint and it was claimed to be biased against male students, and for the novel’s inclusion of rape and profanity

Reasons: Banned and challenged for profanity, sexual references, and allegations of sexual misconduct by the author

6) Something Happened in Our Town: A Child’s Story About Racial Injustice by Marianne Celano, Marietta Collins, and Ann Hazzard, illustrated by Jennifer Zivoin

Reasons: Challenged for “divisive language” and because it was thought to promote anti-police views

7) To Kill a Mockingbird by Harper Lee

Reasons: Banned and challenged for racial slurs and their negative effect on students, featuring a “white savior” character, and its perception of the Black experience

8) Of Mice and Men by John Steinbeck

Reasons: Banned and challenged for racial slurs and racist stereotypes, and their negative effect on students

9) The Bluest Eye by Toni Morrison

Reasons: Banned and challenged because it was considered sexually explicit and depicts child sexual abuse

10) The Hate U Give by Angie Thomas

Reasons: Challenged for profanity, and it was thought to promote an anti-police message

Guess there really isn’t such a thing as bad publicity.

But that is up to you to decide.