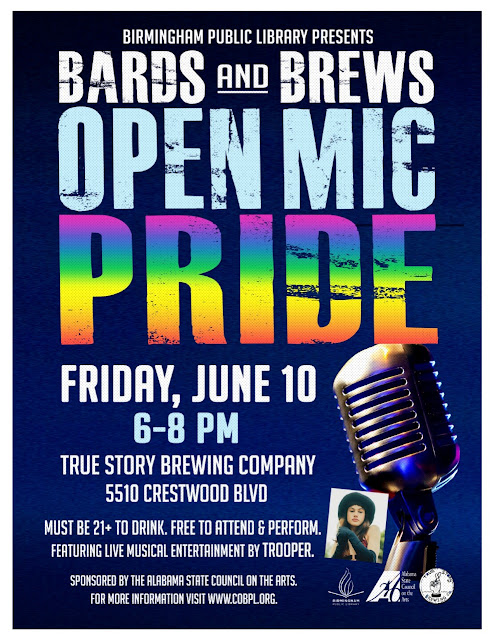 We are excited to be hosting Bards & Brews Open Mic Pride at True Story Brewing Company in just one week!

This upcoming open mic night is Pride-themed in honor of Pride Month. Spoken word artists are welcome to show off their talent on stage.

This is the BPL's first Pride-themed Bards & Brews since it first started back in 2011. Pride Month is celebrated each year in June to honor the 1969 Stonewall Uprising in Manhattan. The first Pride March was held in New York City on June 28, 1970—one year after the Stonewall Uprising.

Our first Bards & Brews Open Mic Pride will be held at True Story Brewing Company, a local microbrewery in the Crestwood Village. Owner Craig Shaw worked as a brewmaster at Avondale Brewing Company for four and half years before deciding to open his own brewery.

True Story Brewing Company is a community hub for many local artists, featuring designs by artists on their walls, live music, and punk art shows.

Learn more about True Story Brewing Co. by reading this spotlight that ran in BhamNow in December 2020, a year after the brewery opened.

TROOPER is the special guest entertainment before the open mic night opens for the audience to perform.

TROOPER is a 23-year-old local artist. Born and raised in Birmingham, Trooper spent some time performing in the Boston music scene. Now she's back home with her mix of self-referential and expansive songwriting.